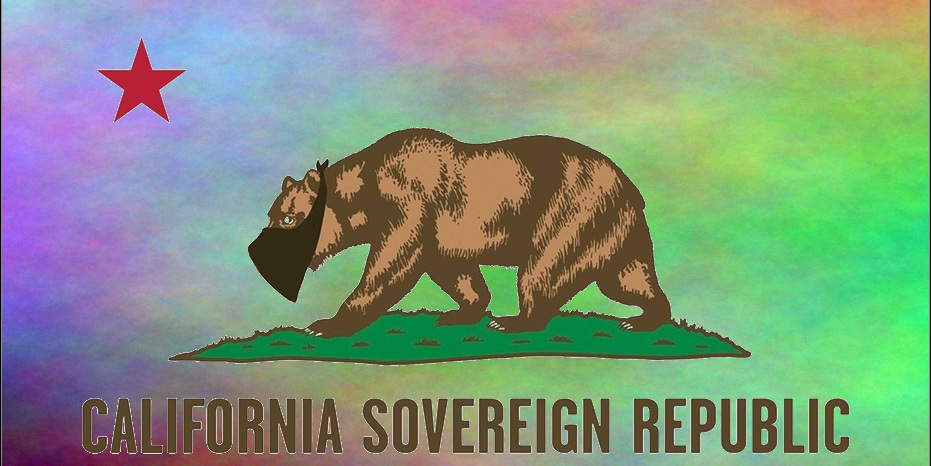 The first time I encountered Matteo Pizzolo, Amancay Nahuelpan and Tyler Boss's comic Calexit, I was skeptical: California separating from the USA is an incredibly stupid idea, predicated on innumerable misconceptions (including the idea that the state that gave us Nixon, Reagan, and Schwarzenegger is uniformly progressive, and also the idea that "the world's sixth largest economy" wouldn't radically contract the instant it lost access to the rest of the country, including the Atlantic Ocean). But when I found the first Calexit collection on the recommended table at the 100% reliable LA comic shop Secret Headquarters, I decided to give it a chance.

First things first: this is not a wish-fulfillment fantasy about an ascendant California living in splendid isolation from the thick-fingered vulgarians of America. It is a story about an incredibly messy, violent "separation" sparked by all-too-plausible anti-immigrant policies enacted by a far-right demagogue President's Attorney General, in which California has splintered into many shifting and confusing pieces. It's not wish fulfillment: it's warning -- and a scarily imminent and salient warning at that.

But that's not all: it's superb. The book is so fast moving, with such outstanding characters, such intense action -- like the second coming of Brian Wood's DMZ -- that I read it all in one sitting, at a coffee shop patio across the street from Secret Headquarters, using my phone's flashlight as the sun set around me.

The book ends on a cliffhanger (of course), and then it continues -- with interviews by Pizzolo of figures from Bill Ayers to Lexi Alexander to David Sirota to the founders of Indivisible. These interviews illuminate the text in important ways, and shed light on the complex political reality that the creators are wrestling with in the book.