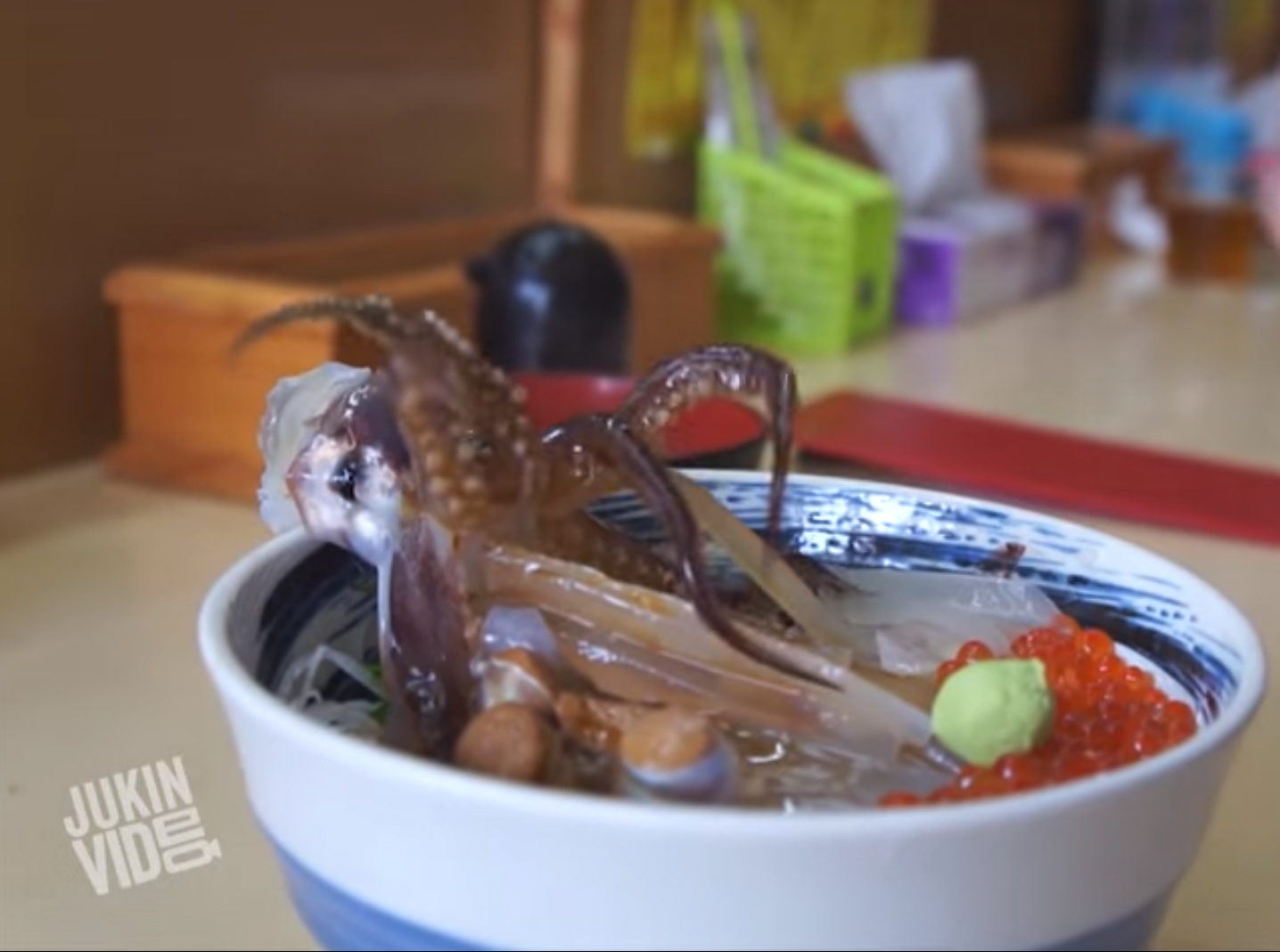 I hate to yuck you out before the holidays …

… and I really love Japan …

… but this is just gross.

The squid is deceased when the dish is served. A little soy sauce and he appears to return to life; in other words, a zombie.

Yuki, one of my friends in Japan, assures me that "dancing sashimi" such as this is delicious, and one of the reasons food is eaten this way is to ensure its freshness. Varieties including shrimp and octopus, in addition to squid. But if I saw this in a restaurant, I would run screaming out the door.

And here it is with lobster.

And this is the one that will give you nightmares!