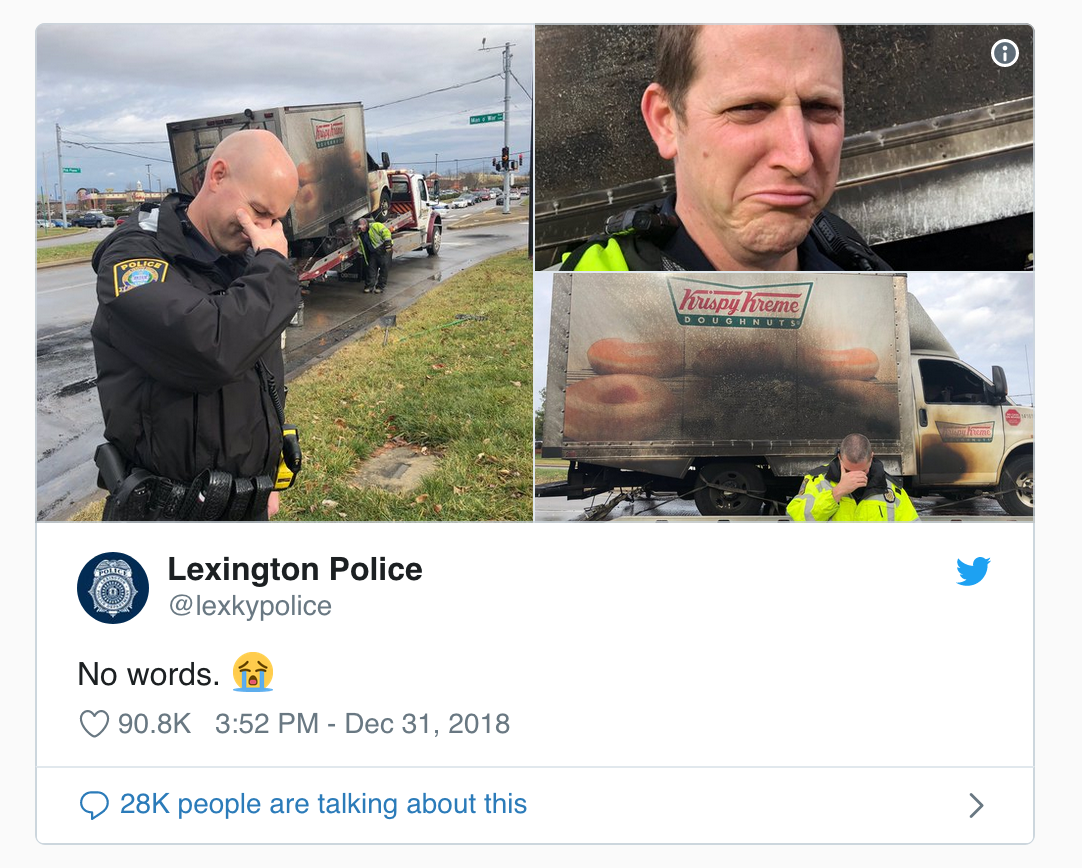 A Krispy Kreme donut truck caught fire this weekend and its cargo was destroyed. Responding police in Lexington, Kentucky, took to social media to mourn their loss.

"Hang tight, we are sending backup forthwith … We hope you like sprinkles," The New York City Police Department tweeted.

The doughnut company based in Winston-Salem, North Carolina, itself offered condolences via Twitter and let the officers know that they were sending them something to help get them through the ordeal.

Foie Gras, a fatty dish created by force-feeding ducks and geese through tubes, will soon no longer be served in the thousand-or-so NYC restaurants that have it on their menus. Chefs are saying "what next, veal?" fearing other ostentatiously cruel delicacies (as opposed to the mundanely cruel ones) will be next. CNN: Foie gras has […]