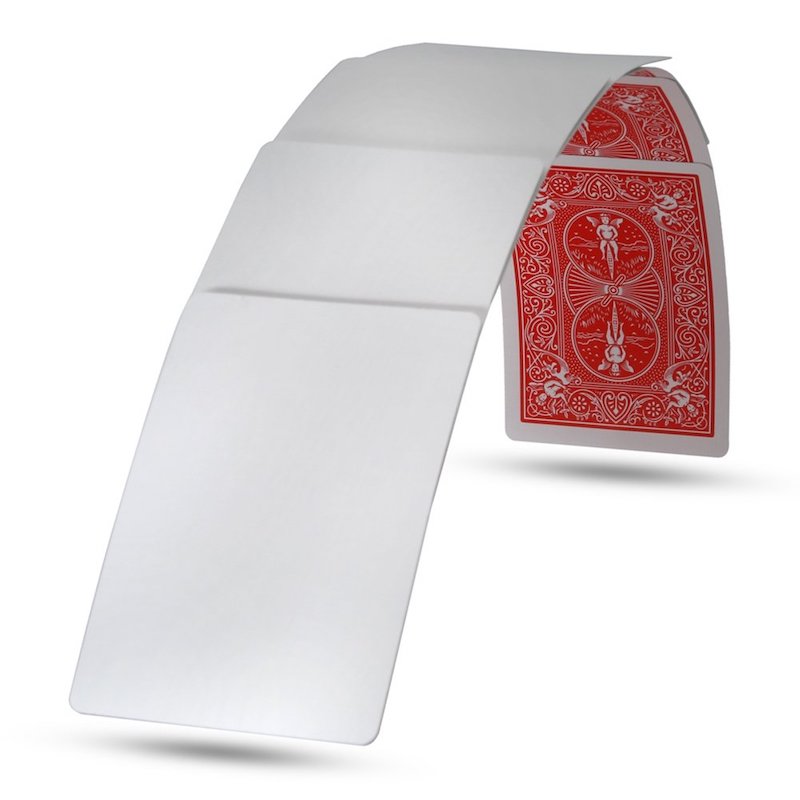 This deck of 56 'Rider Back' Bicycle playing cards has blank faces.

These come in handy for a number of magic tricks. The cards are printed on US Playing Card stock, and excepting the missing printed faces are identical to your regular deck of Bicycle 808 cards.