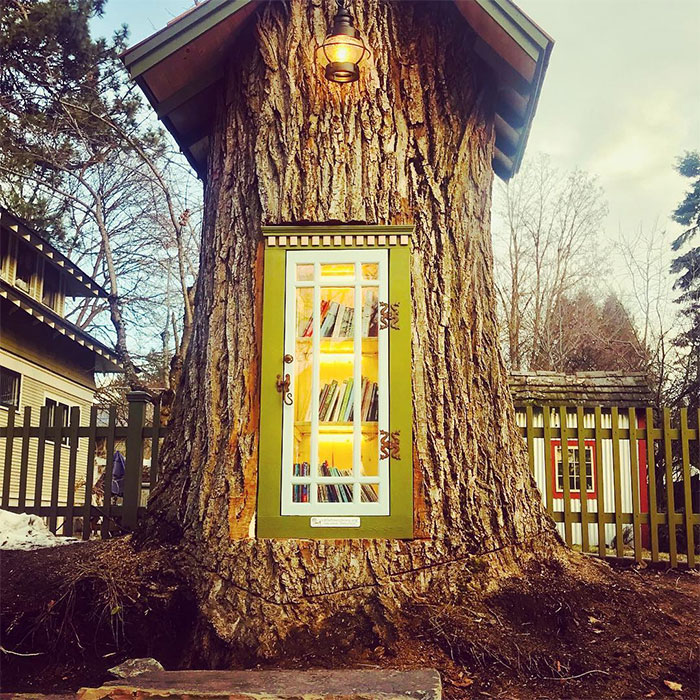 Librarian, artist, and bookbinder Sharalee Armitage Howard of Coeur d’Alene, Idaho decided that rather than dig up the stump of the 110-year-old cottonwood tree in her yard, she'd transform it into a little free library, or rather little tree library. Her creation sparks the imagination and exudes a sense of wonder and welcoming. Like a good book.