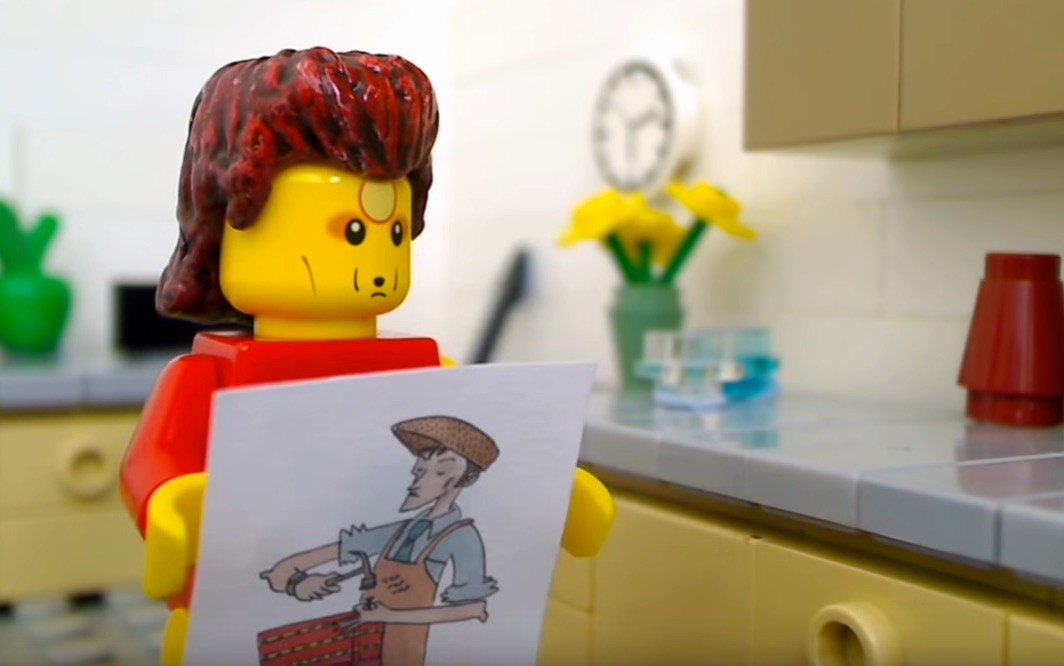 This cute little bit does make you wonder what other characters David may have contemplated but ultimately rejected.

I’ve successfully talked myself out of buying a hollow-body telecaster to add to my already-too-large collection of stringed instruments. As difficult as it’s been at times, I have still managed to stand firm against my desires. But I might have to give in and build myself a Legocaster.