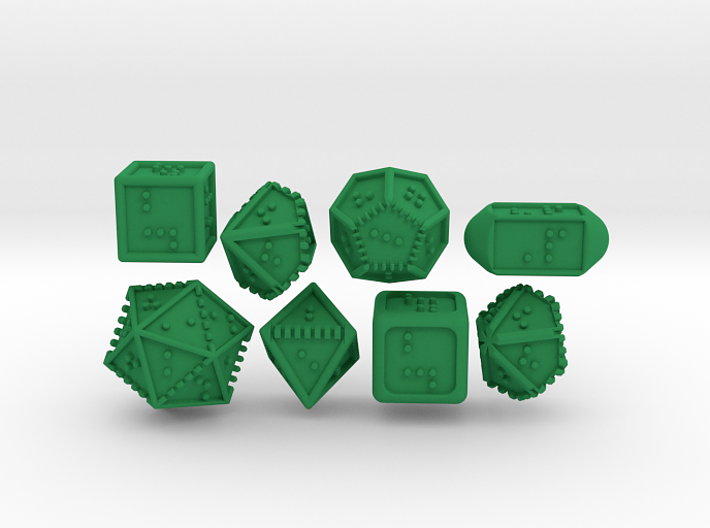 Jack Berberette's Dots RPG project creates free, CC-licensed shapefiles for RPG dice with Braille faces (you can order readymades from Shapeways); they're part of a larger project to produce accessible RPG materials of all kinds for people with visual disabilities. (via the-a-r-t-i-s-t)