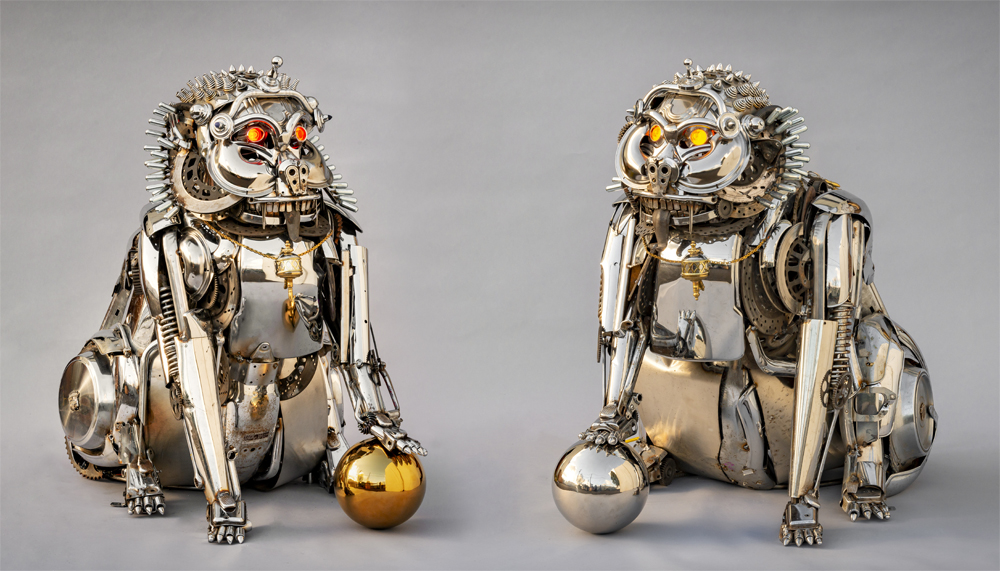 Sculptor Jud Turner (previously) sez, "My childhood friend recently commissioned me to a pair of traditional Chinese Fu Dogs, which symbolize protection. He's of Chinese descent, recently bought a house in the suburbs, and said 'I want my kids to know more about their heritage, and I want to scare my neighbors!' Done and done."

Machinist-sculptor Chris Bathgate (previously) has unveiled his latest: a vase ringed with razor-sharp knives ("an object that mischievously demands that it be appreciated for more than its precarious utility").