These are the last workout earbuds you'll ever need 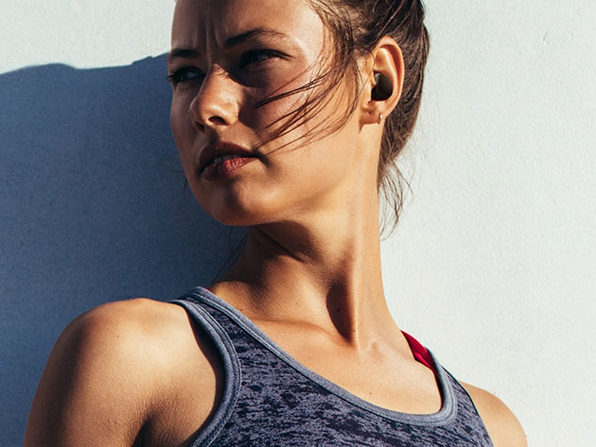 The wheel. The light bulb. Throughout history, the best technology has always been simple and elegant. That's especially true for a good pair of earbuds, which should sound like they're packing an orchestra and feel like they're not even there. Hitting that sweet spot especially hard are the Cresuer Touchwave True Wireless Bluetooth Earbuds, which deliver maximum sound in a minimal package.

Under the scratch-and-sweat resistant casing, you'll find a lot of bells and whistles: Bluetooth 4.1 capability, CVC Noise Cancellation technology, and carbon nanotube diaphragms that make for a crisp, clear sound. Outwardly, there's a refreshing lack of buttons to fiddle with. Answer calls or switch between songs with a simple, light tap. And thanks to the 3-hour battery life (up to 12 hours with the accompanying charge box), you'd better queue up a lot of songs.

The set comes with 3 different sizes of earbuds to fit any ear, and it's currently on sale for 60% off. Grab your Cresuer Touchwave True Wireless Bluetooth Earbuds for $39.99.