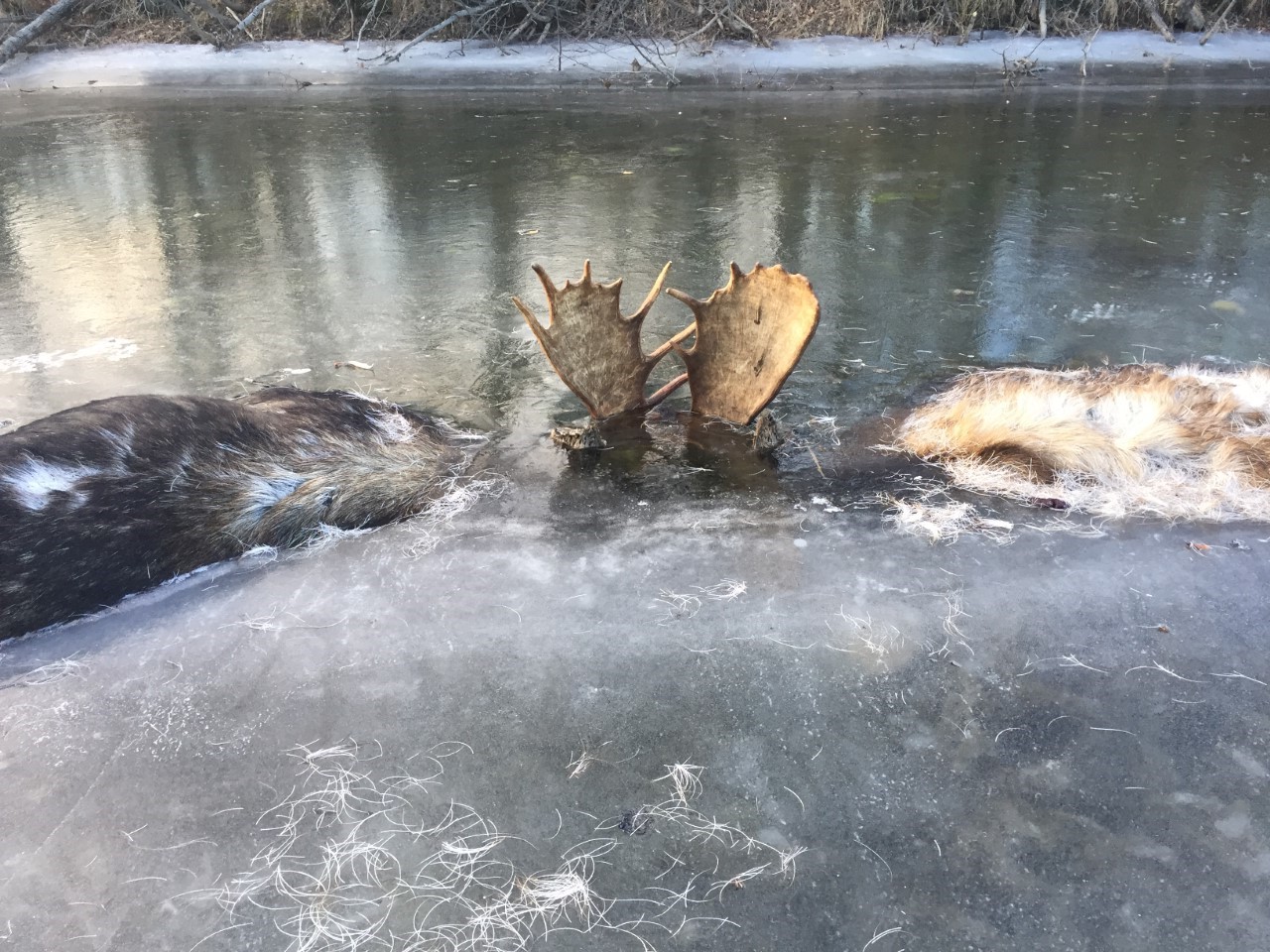 The twitter account @TheScaryNature posted this image with the caption "these two Bull Moose died in battle and became frozen in ice", and the only thing I can think of is "Toxic mooseculinity."

The photographer, as revealed by Google's reverse image search feature, is Brad Webster:

Webster says there are several theories on what happened to the moose, but the most likely scenario to play out is that the two moose were fighting over a female when one was knocked unconscious or suffered a broken neck, taking the other one down with it.

"There was a fight and one of them won, and they both lost," Webster said. "Once it's knocked out or once it's dead, you've got a live moose that won the fight, but the other moose is dragging you down into the water."

I've already made a joke of it, but there's a weird power to Webster's photo and I can't stop thinking about it.

Another word that I would [use to describe Alaska], [and] would take probably more explanation would just be: culture. … The culture of the village; the culture of the people; the beauty of the language and the beauty of the traditions and the heritage and the knowledge that’s been passed down. And wanting to learn from it and respect it, but still in a way that respects the people to continue to be who they are. Some kind of a weird balance, of an outsider coming in and wanting to see and experience those things, without imposing or changing the experience for them.