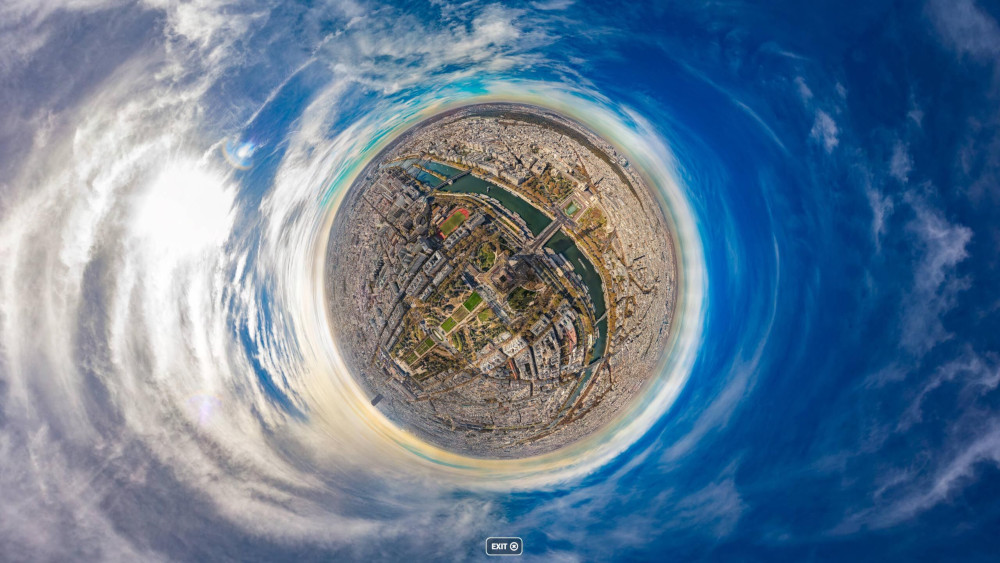 The Eiffel Tower, for those of you who haven't been there before, is an astonishingly huge bunch of cast iron, bolted together sometime in the 1800's. It is unbelievably large and tall for such a thing. No matter how iconic it is, no matter how many times you've seen it in pictures and movies, it doesn't fail to amaze with its sheer size when you're standing under it, or in it.

Anyway, on this particular day, all I knew was that Paris, being Paris, was totally mobbed with tourists, and I'd better get there early. I tried buying tickets online but they were all sold out - the tour companies buy up all the tickets and resell them for 3x more. Every day. This is kind of unfair, isn't it? Ok, so I paid for one of those tickets, not knowing any better at the time. (As it turns out, the tickets for the elevators are hard to get, but the tickets for the stairs are easier to get - just show up before the tower opens, and buy a ticket for the stairs. You can be the first one up to the top of the tower! A few minutes later it will be crowded until evening.)

I came to Paris to shoot this image. This kind of thing is a bit of a gamble, since the weather really makes or breaks the photo. Sometimes the air is thick with smog or clouds and the view is just not very nice. On this day, it was gloriously sunny and fairly clear. After three hours of shooting in every direction, I was thirsty, I had to pee, and I couldn't lift my arm anymore. But I got the shots!

Post production of gigapixel images can take many months. This image, not being the biggest I've shot, was supposed to take only a few weeks, but as i shot it by hand, not with my trusty gigapixel robot, it took much longer than I expected and I actually had to scrap the whole thing after a couple months and start again from the beginning. Shooting by hand means that there can be holes, and I did have a few holes which I had to fill with different sets of pictures from different focal lengths shot at different times. The resulting finished photo does therefore have quite a few errors that shouldn't be there, but I couldn't do anything about it. Since I live in Europe, I'll simply have to go back there and shoot it again someday! At any rate, I hope you enjoy looking at this photo. I can't say that I've even seen every pixel myself yet at 100% resolution - it's that big.

I'm always on the lookout for new places to shoot from; getting access to the top of a skyscraper in the middle of a city is extremely difficult, so if you have any tips, please get in touch!