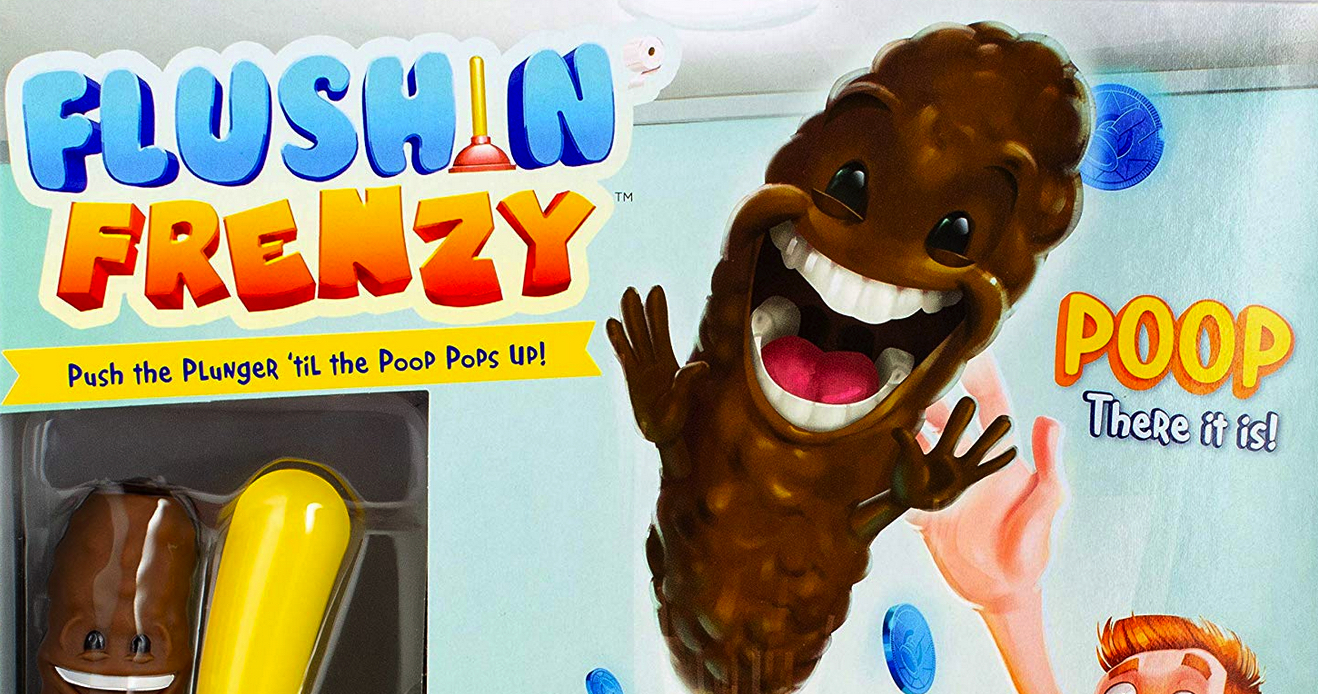 Flushin' Frenzy [Amazon] is a toy wherein you push a plunger until a poop pops up. All the fun of clearing out a blocked toilet! The game's tagline is "Poop there it is!"

Game night just got gross - in the best way!

Flushin' Frenzy makes being a plumber fun! Push the toilet handle to release the die. When a number pops up, you plunge the toilet that number of times. Be ready to catch the poop when it flies out at any moment! POOP - there it is! The player to catch the poop wins a token, or two tokens if they catch it in mid-air! Set includes 1 toilet, 1 plunger, 1 die, and 10 score tokens.

At Mattel, play matters. We strive to help children learn and develop through play ever since our founding in 1945.