Venezuela hit by second electrical blackout in one month, capital city of Caracas mostly without power 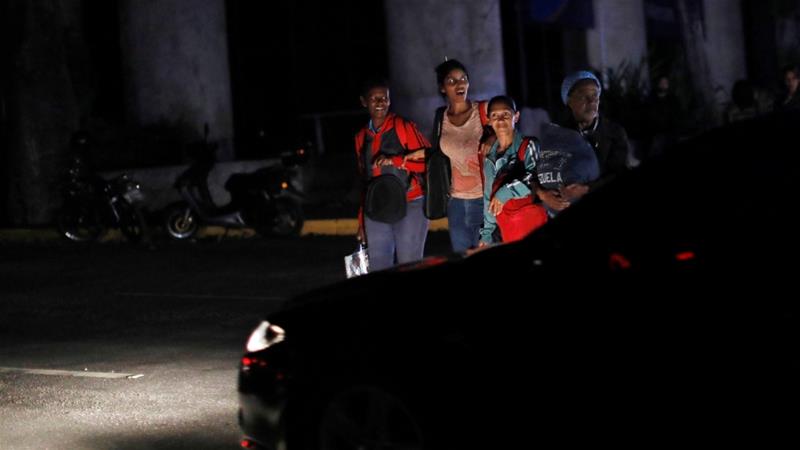 Reuters reports that all lights were out across many regions of Venezuela including much of the capital city of Caracas on Monday.

This blackout follows a previous and prolonged blackout, for which electricity had just been restored only two weeks ago.

Former officials with Venezuela's state-owned power company and local engineers told Reuters this earlier blackout was probably caused by a technical problem with transmission lines that connect the Guri hydroelectric plant to the nationwide power grid.

Power was out in much of eastern Caracas as well as downtown, where the Miraflores presidential palace and most government ministries are located. Authorities said the Caracas subway was shutting down due to the lack of power.

Several western states had no power, according to Reuters witnesses, though it remained on in the southern city of Puerto Ordaz and in parts of Valencia, the country’s third-largest city. Shops across the country closed early to protect against possible looting.

Neither state electricity company Corpoelec nor the Venezuelan information ministry responded to requests for comment.

The blackout comes after electricity went out in much of the OPEC nation on March 7, with reliable service restored only four to six days later in most major cities. That blackout led to widespread looting in parts of the country and briefly paralyzed oil exports.

Neither state-owned oil company PDVSA nor Venezuela’s oil ministry immediately responded to requests for comment about the status of the country’s oil infrastructure, including the main crude export terminal Jose.

PHOTO: People cross a street during a blackout in Caracas [Carlos Jasso/Reuters]