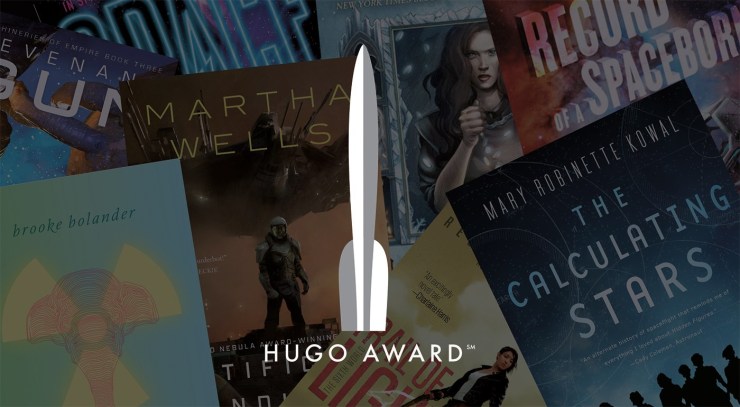 The 2019 Hugo Award nominees have been announced; the Hugos will be presented this summer at the 2019 World Science Fiction Convention in Dublin, Ireland.

Normally, I find that I've read and reviewed a huge slice of the year's finalists, but this year is different; I've done a lot less reading lately, partly because I wrote two books in 2018 and partly because the new EU Copyright Directive ate my life for about 10 months in the past year.

I was a little sad to be so far behind the curve when I saw the new list, but then I realized that this meant that I had a bunch of really exciting books to add to my to-be-read pile!

One notable inclusion: the Archive of Our Own fanfic archive -- a project of the Organization for Transformative Works (for whose advisory board I volunteer) -- is up for "Best Related Work."

Congrats to all the nominees!