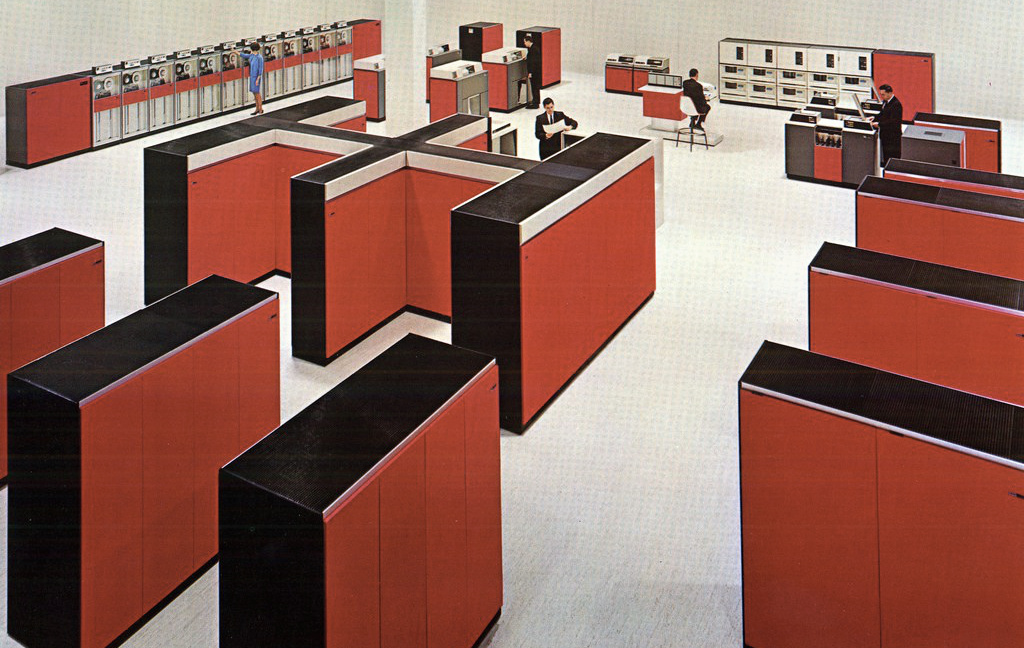 This article describes the various S/360 models and how to identify them from the front panels. I'll start with the Model 30, a popular low-end system, and then go through the remaining models in order. Conveniently IBM assigned model numbers rationally, with the size and performance increasing with the model number, from the stripped-down but popular Model 20 to the high-performance Model 195.

Each of the cabinets in the photo above contains a whopping 256 kilobytes of storage.

Previously: How It Works: The Computer