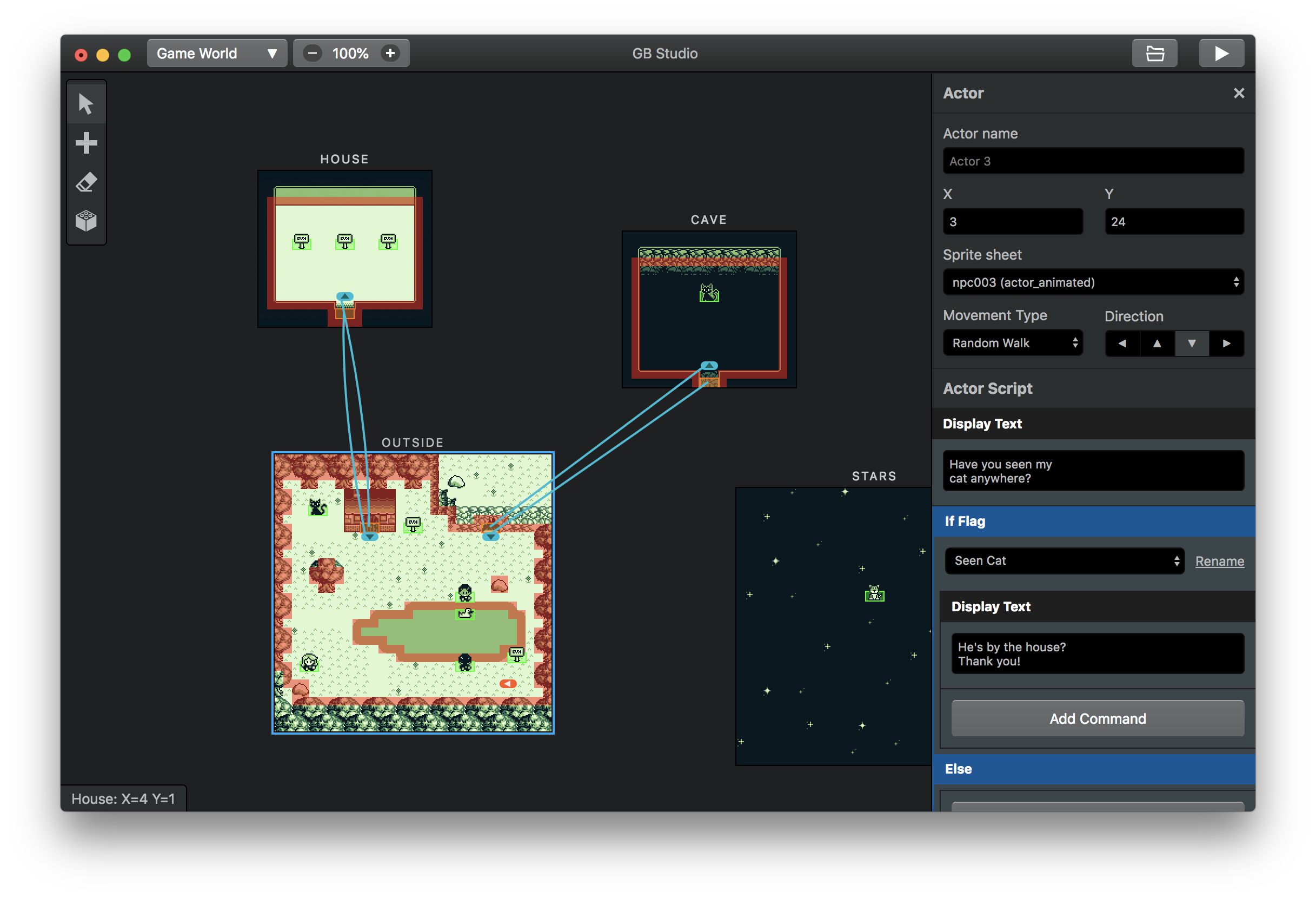 · Visual game builder with no programming knowledge required.
· Design your graphics in any editor that can output PNG files e.g. Photoshop, Tiled, Aseprite.
· Example project included to get started right away.
· Make top down 2D JRPG style adventure games.
· Build real GB Rom files which can be played in an emulator or on device using USB Carts.
· Build a HTML5 playable game that also works on mobile and can deployed to any webserver or uploaded to Itch.io.
· Built for macOS, Windows and Linux.
· Supports both macOS light and dark mode.
· Includes the full tools that were used to build Untitled GB Game, free to play on Itch.io.

It's by Chris Maltby (on Itch, Twitter) and downloads are available for MacOS, Linux and Windows. [h/t Agies]