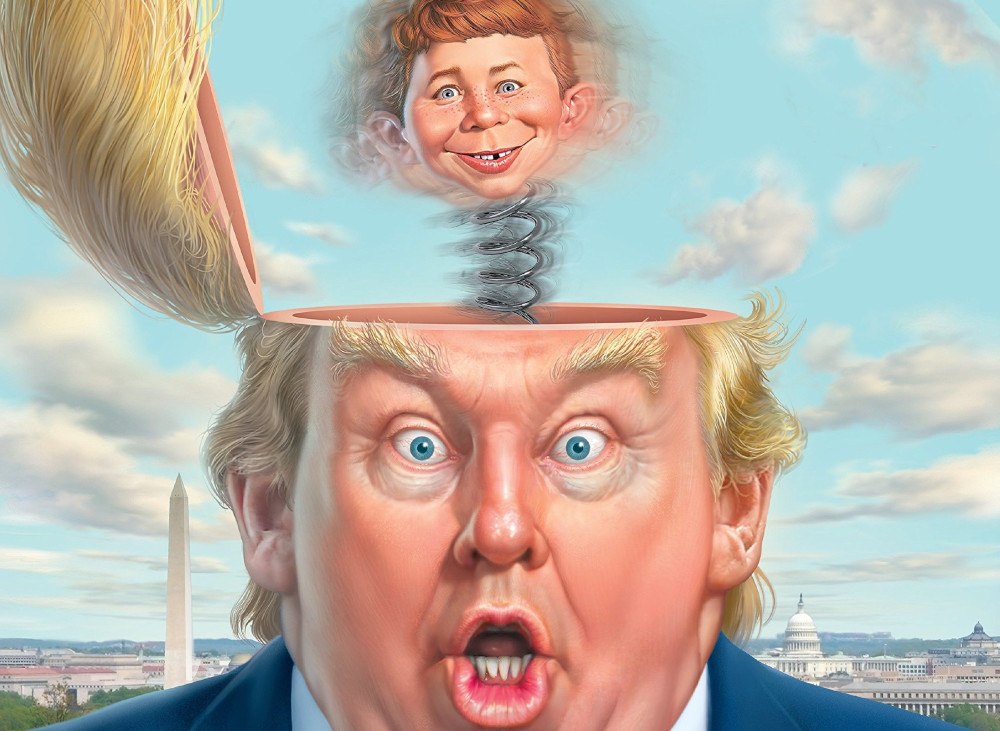 John Quiggin's essay about "Transactional Trumpism" really nailed it for me: if the story is that Republicans chose Trump as their candidate because they were sure that he would enact "the Republican agenda" they didn't get a very good deal: all Trump has managed is the bare minimum that any Republican would have done, putting far-right ideologues on the Supreme Court and handing gigantic tax-breaks to the super-rich.

But Trump has failed to do anything about Obamacare, failed to divert the movement to remediate climate change, failed to repeal equal marriage. What's more, the shambolic administrative incompetence of the Trump administration has made Trump's minimal victories hollow ones: Trump's SCOTUS picks are forever compromised by their #MeToo associations, the Roberts court will be forever illegitimate, and there's surging popular support for expanding and packing the Supreme Court when the Democrats regain control of the Senate.

The tax cut has accomplished the impossible: Trump (temporarily) cut middle class peoples' taxes and still pissed them off, by doing so in a way that reduced their refunds ("if you can’t win votes while giving money away, your communication skills are seriously lacking").

So if Republicans picked Trump because they thought he'd deliver on their agenda, they picked wrong. But if they picked him because he said what had been on their minds all along -- if the GOP is the party of paranoid, vicious bigots -- then they picked the candidate that best represented their priorities.

As regards regulatory change, the US system is full of checks and balances to make this difficult. So, it’s unsurprising that Trump has been constrained. But that’s not enough to account for his high failure rate (90 per cent, by one estimate). The crucial issue is that this is a process that requires competence, a commodity that is almost completely absent in the Trump White House.

To sum up, the idea of “transactional Trumpism” doesn’t make much sense. To the extent that it means anything, it reduces to unconditional support for Republicans over Democrats, however corrupt, unappealing or ineffective the Republican may be. The truth, I think, is much simpler: most Republican voters were Trumpists before Trump, and most of the rest have converted since 2016.

(Image: MAD About Trump: A Brilliant Look at Our Brainless President Paperback, MAD)