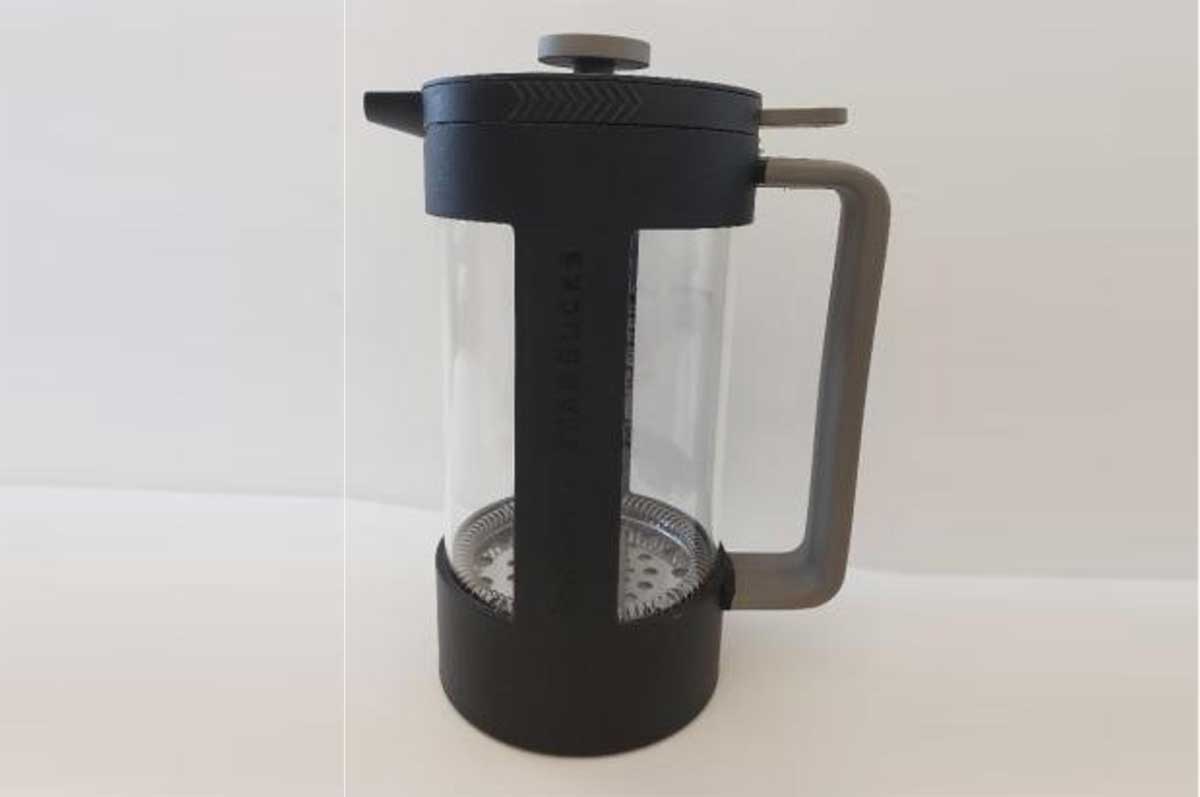 Nine people have been injured using Starbucks/Bodum French Presses after the plunger handle snapped off, causing the stem to stab or cut them. As a result, Starbucks is recalling 236,000 of the presses.

Co-branded by Starbucks with Bodum, the eight-cup French press has a cylindrical glass beaker with a screen and a plunger held in place by a plastic dark gray frame with locking lid and a light gray handle and knob. Made in Portugal, the recalled product measures about nine inches high and four inches wide, and has the number 011063549 printed on a white label on the bottom of its base.

Consumers should stop using the presses and contact Starbucks about how to obtain a refund in the form of store credit. The Seattle, Washington-based company said it is not accepting returns at its stores.

Tyson Foods recalled 5,814 cases of “Fully Cooked, Whole Grain Golden Crispy Chicken Chunk Fritters” after consumers reported finding pieces of plastic in them. Fast Company: The product was produced at one plant location on February 28, 2019, and each case bears the case code 0599NHL02 and the plant code P-1325 inside the USDA mark […]