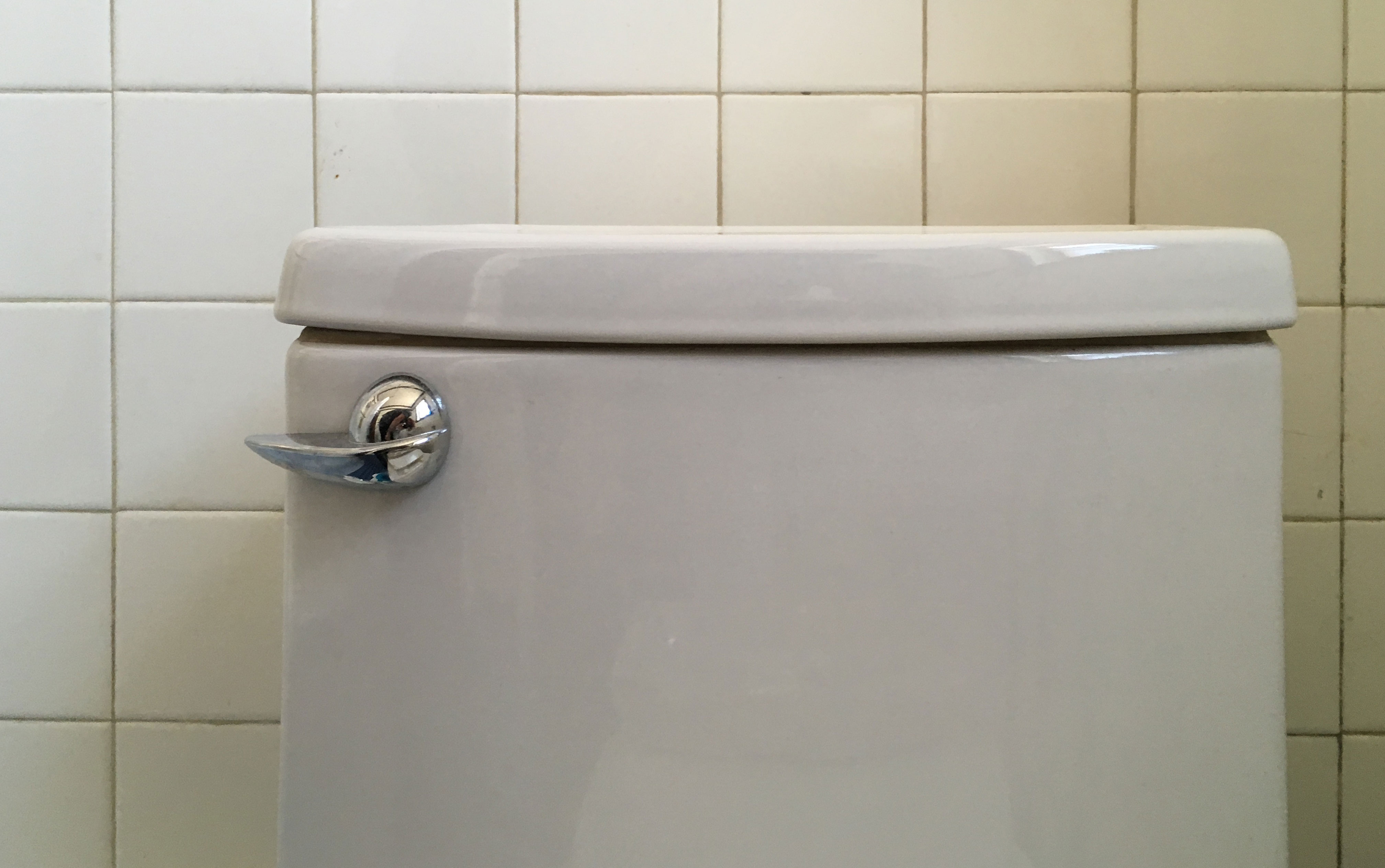 The lid on my American Standard Cadet one-piece compact toilet cracked, necessitating its replacement. Fortunately, the exact lid I needed, the American Standard 735125-400.020, was available on Amazon Prime. I'd be back in action in two days! Unfortunately, they put it in a standard carboard box and it arrived in more pieces than the one it was to replace.

Amazon cross-shipped another right away, though, and two days later another arrived, this time in a much larger box with so much packing material I'll be good for bubble wrap for years to come.

What a delight it was! The perfectly white vitreous sheen matched the tank, restoring the clean minimal lines of my bathroom and setting me up for the first anxiety-free excretion since my ordeal began.

Here's the thing, though. The lid looks right, and it's obviously matched to the appliance, but the underside doesn't fit it quite right. The lid's rim sits on top of the tank instead of mating it perfectly.

It's a matter of perhaps a quarter of an inch. But if you're looking right at it and you know how exact the match is supposed to be, it's surprisingly aggravating. It wobbles when you put your finger on a corner! A piece of plasti-tac or rubber will fix the wobble, but should I not expect a perfectly-fitted toilet lid? Am I not entitled to that, at least?

I stared at the box it came in for a while, at the official American Standard logo on it. The original, cracked lid has the heavily embossed text "MADE IN MEXICO BY AMERICAN STANDARD" underneath it. The replacement just has a sticker saying "Made in China". I wondered to myself: is Amazon selling counterfeit toilet lids?

It's fine. It'll do. But it's also a lump of manufactured porcelain that cost like seventy god damned American dollars. We deserve precision-engineered toilet lids. Either American Standard is getting sloppy, or we are at the point where even toilets are bootlegged.

Either way, it strikes me that we are on the precipice of disaster, from a civilizational perspective, the post-truth era entering our last and most sacred redoubts. But it's fine. It'll do.