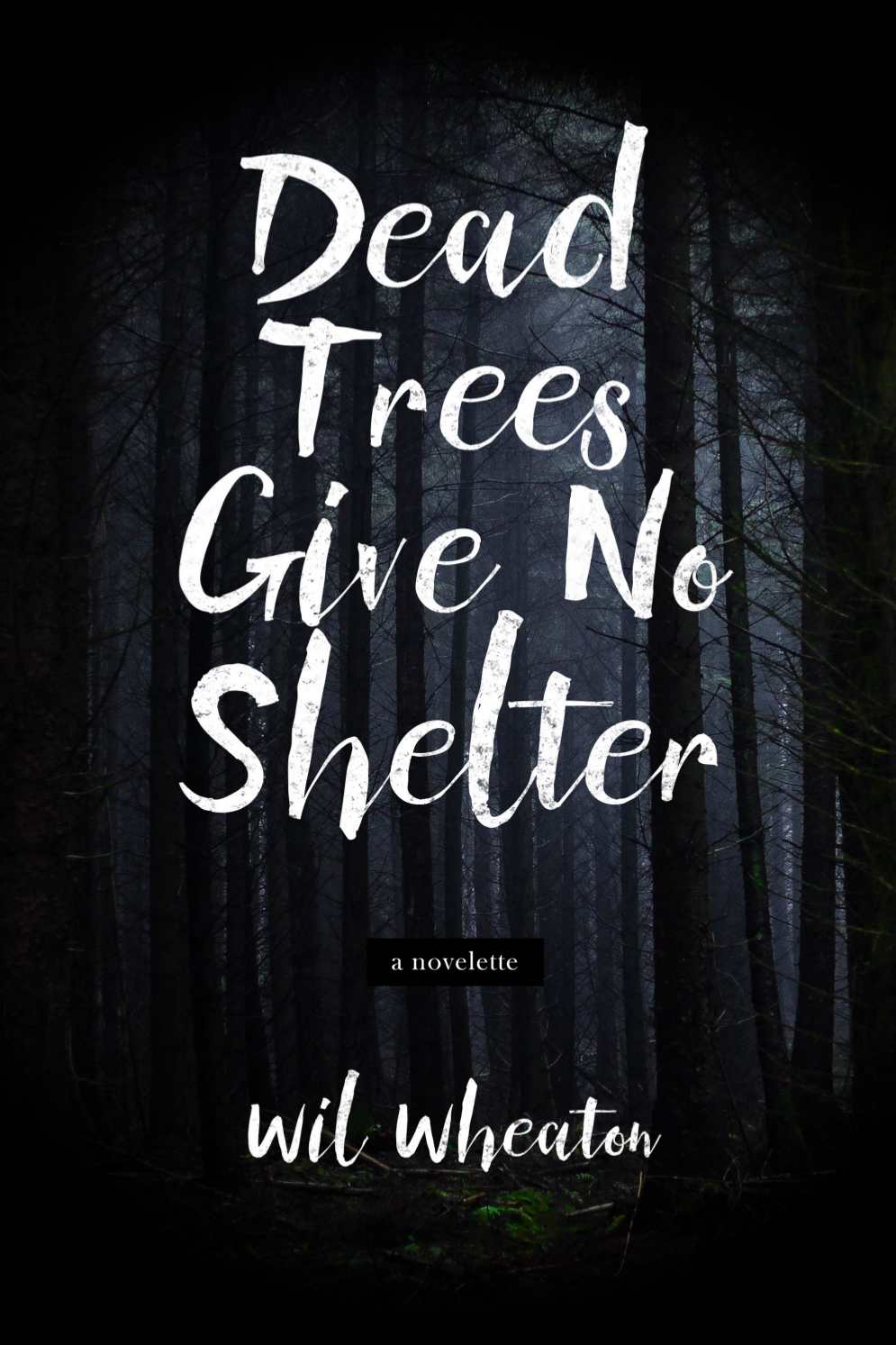 Wil Wheaton's 2017 standalone novelette Dead Trees Give No Shelter is a beautiful, spooky horror story in the vein of Stranger Things, following Jay Turner as he returns to the small Ohio town where his baby brother was murdered, 20 years before, to witness the execution of his killer.

But Jay's homecoming starts to recover long-buried fragments of what really happened to his brother all those years ago. What follows has shades of classic Stephen King like IT and (of course) The Body, but also a bit of Stranger Things. I listened to the DRM-free audiobook, which Wheaton himself reads (he is one of my favorite audiobook readers and my first port of call any time I'm casting any of my own audiobooks). It literally made the hair on the back of my neck stand up.