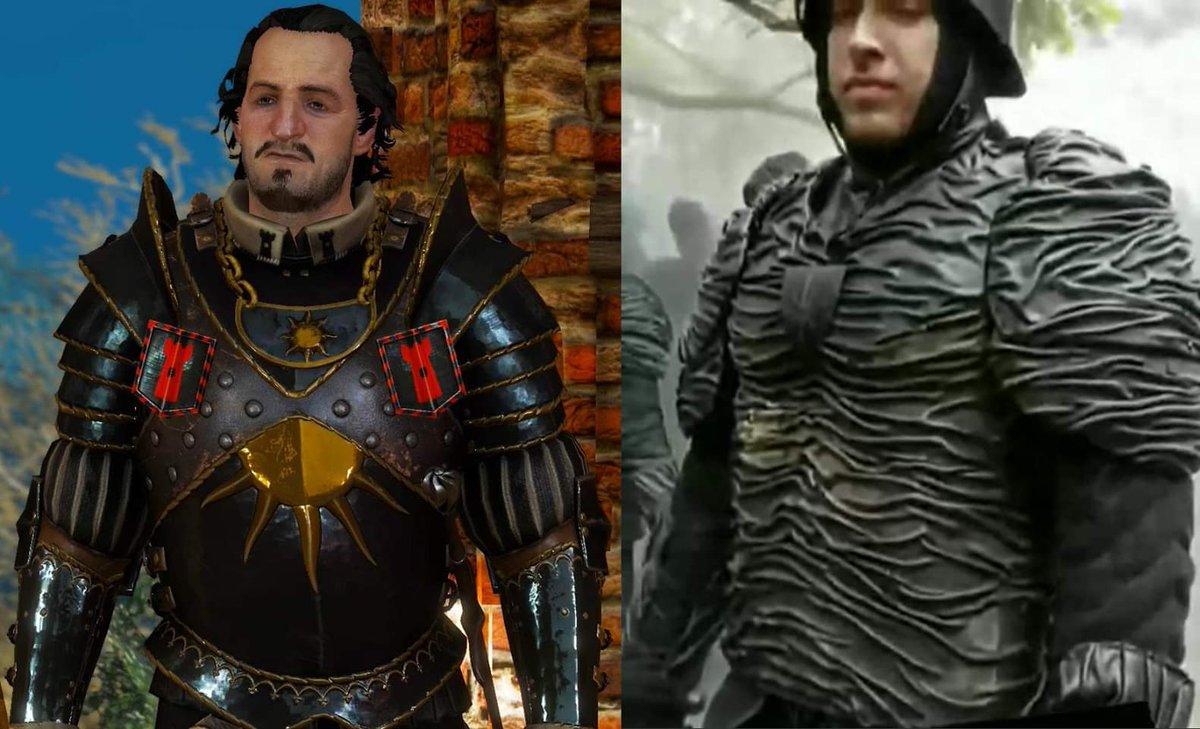 Fans of The Witcher are up in arms after leaked set photos suggest that ... changes ... have been made to the beloved game series' fantasy milieux.

"The Witcher" Nilfgaardian armor in game on left. Netflix "adaptation" on right. I know it's a meme to shit on Netflix and their inability to adapt things to live action, but honestly... Who approved this? How does this even happen? So many questions.

It reminds me a bit of those "Book vs Show" comparisons for Game of Thrones characters, where Tywin Lannister is transformed from "300 pound Hulk Hogan clone given the power of flight by his muttonchops" into "Charles Dance." But in this case, a little more extreme: from "cosplay melting under the convention center lights" to "problematic sex toy."

"Fans are up in arms over iphone photos of disappointing costumes in upcoming science fiction movie, an online petition to replace the unknown art director has already hit 4000 votes. Fox refuses to comment" pic.twitter.com/BUJoNFKsfG