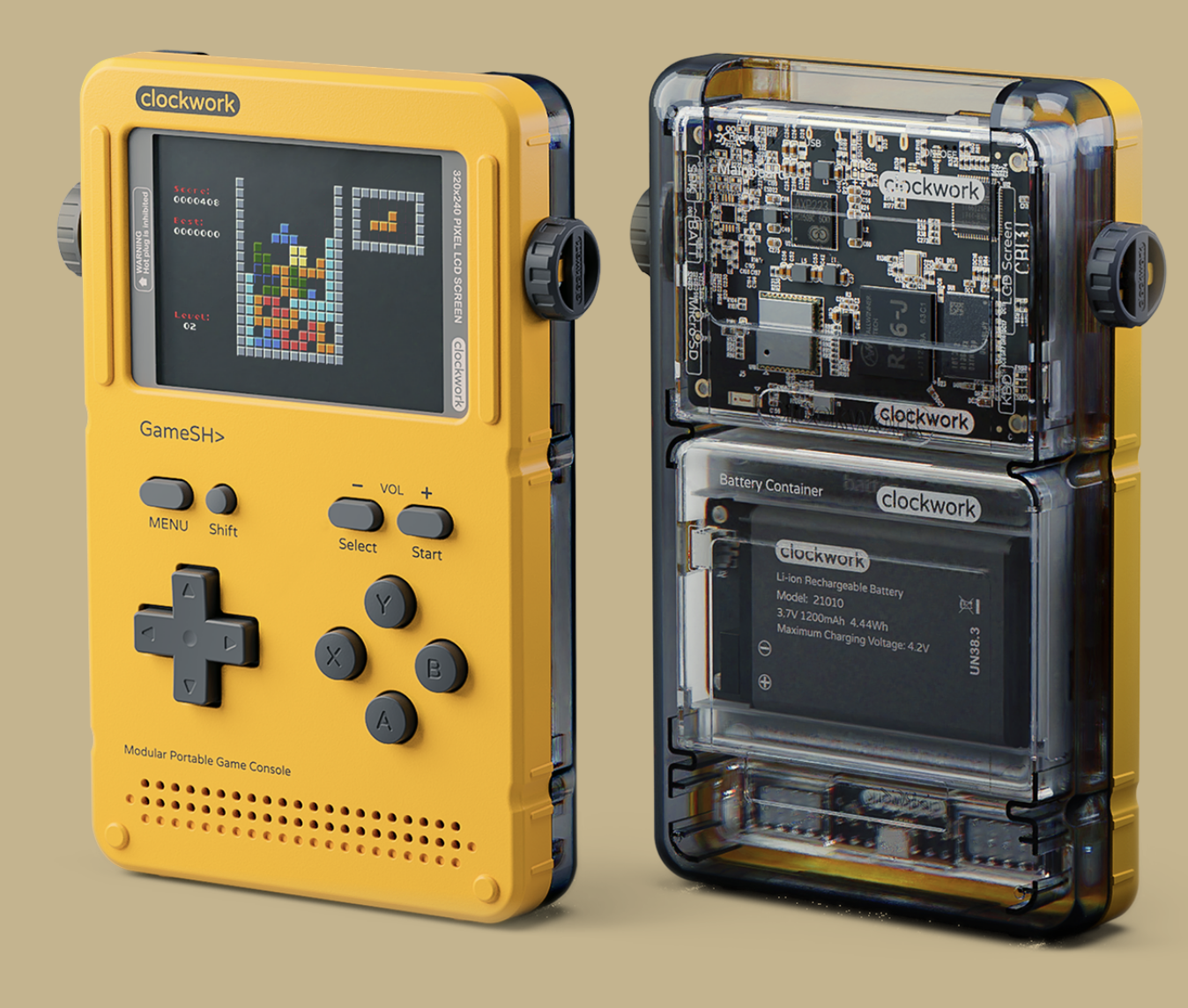 The ClockworkPi Gameshell is a portable game console you make yourself, coming as a modular kit and assembling to form a GameBoy-like gadget with a quad-core CPU, 2.7-inch color display, WiFi and Bluetooth, 1GB of RAM, HDMI output and a 16GB MicroSD card holding its Linux-based OS: "a powerful computing platform that lets you begin creating immediately."

It smoothly runs various dev environments/engines (including PICO 8, LOVE2D, PyGame and Phaser), comes with Cave Story, Doom and RetroArch for folks who just want to dive in, and clearly has its stuff together both as a creative tool and entertainment device. Mike Fahey reports that it runs 16-bit classics perfectly.

Looks like a very serious effort to create a hackable-from-the-ground-up handheld, and a perfect competitor to the recently-announced PlayDate. Yellow is in!

The GameShell is available on Amazon for $159 in red or white; yellow is exclusive to the official website, at the same price.