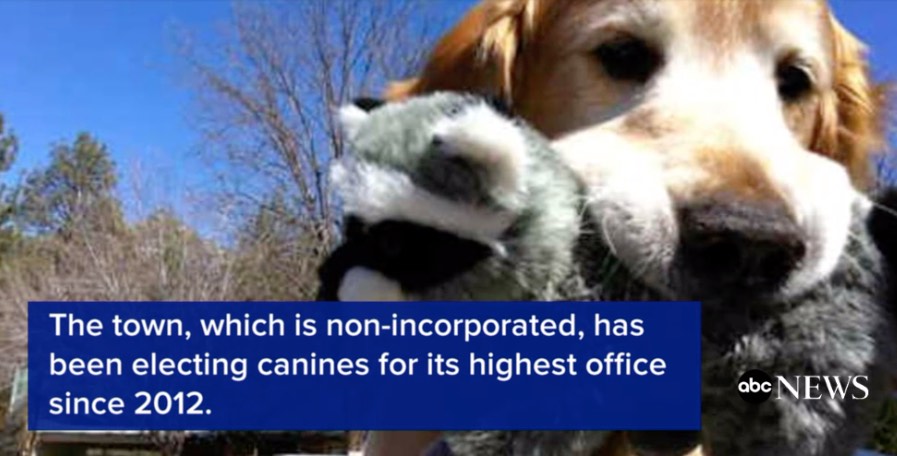 Not THAT Mueller, the furry one. He has two Deputy Dawgs helping out.

Maximus Mighty-Dog Mueller II, aka Max, or Mueller, has been the mayor of the Southern California town of Idyllwild since 2014.

"They just put a smile on people's faces and they create a lot of happiness," said their human and Chief of Staff, Phyllis Mueller.

"He knows he's the mayor," Phyllis Mueller says. "He poses on command."

The town, which is non-incorporated, has has been electing canines for its highest office since 2012. Nonprofit Idyllwild Animal Rescue Friends sponsored the town's first-ever mayoral election, in which any resident was permitted to nominate his or her pet, according to the mayor's website.

Maximus Mighty-Dog Mueller became the town's first mayor after winning the election, which included 13 other dogs and two cats, with two-thirds of the vote. Constituents paid $1 donations to vote, which raised $31,000 for the organization.

After Max Mueller died in 2013, he was succeeded by Maximus Mighty-Dog Mueller II.

"I, Max, do swear on my food bowl to faithfully execute my duties as Mayor of Idyllwild," his oath reads.

Here are the Mayor's Deputy Dawgs.