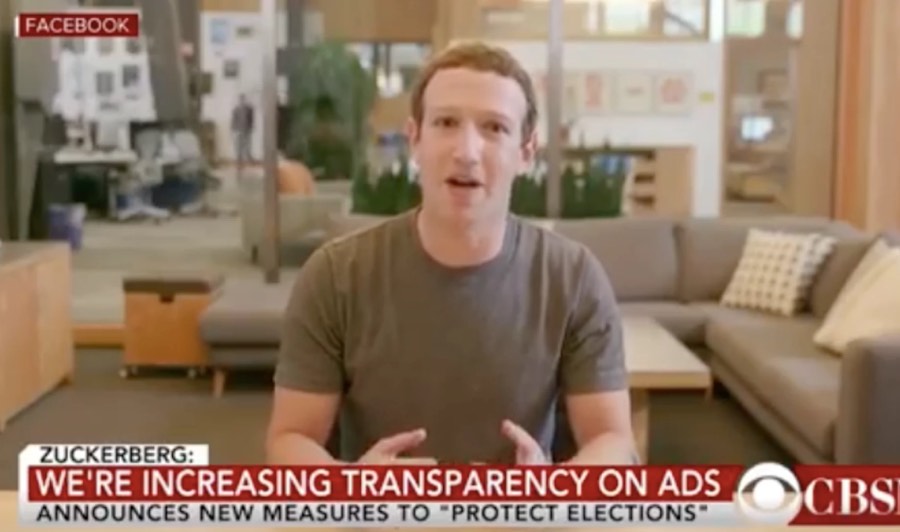 We knew it was a matter of time before someone tested Facebook's claim they won't remove so-called 'deepfakes,' aka convincingly real faked videos like that recently viral clip of Democratic House Speaker Nancy Pelosi, edited to appear 'drunk'.

“A fake video of Mark Zuckerberg giving a sinister speech about the power of Facebook has been posted to Instagram,” Motherboard's Samantha Cole writes. “The company previously said it would not remove this type of video.”

Excerpt from her story:

The video, created by artists Bill Posters and Daniel Howe in partnership with advertising company Canny, shows Mark Zuckerberg sitting at a desk, seemingly giving a sinister speech about Facebook's power. The video is framed with broadcast chyrons that say "We're increasing transparency on ads," to make it look like it's part of a news segment.

"Imagine this for a second: One man, with total control of billions of people's stolen data, all their secrets, their lives, their futures," Zuckerberg's likeness says, in the video. "I owe it all to Spectre. Spectre showed me that whoever controls the data, controls the future."

The original, real video is from a September 2017 address Zuckerberg gave about Russian election interference on Facebook. The caption of the Instagram post says it's created using CannyAI's video dialogue replacement (VDR) technology.

This deepfake of Zuckerberg is one of several made by Canny in collaboration with Posters, including ones of Kim Kardashian and Donald Trump, as part of Spectre, an exhibition that took place as part of the Sheffield Doc Fest in the UK.

Trump reveals the truth about his election win... Believe me! VDR technology by @cannyai #spectreknows #deepfake

[SOUND ON] This is UNREAL! @kimkardashian on the Spectre project and the truth about being an online ‘Influencer’. VDR technology by @cannyai #spectreknows #deepfake