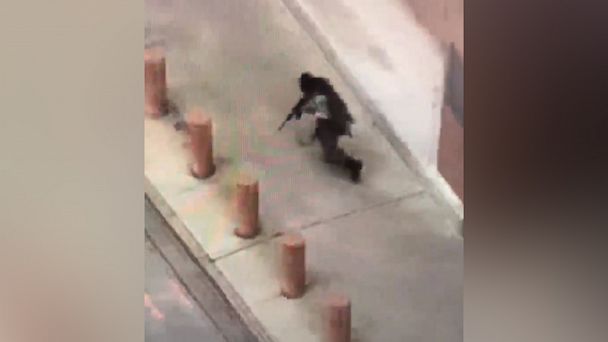 From his Facebook feed, a few months ago: a photo of a man posing with a rifle in medieval armor, his anime waifu bodypillow nestled in one arm.

An initial search of public records did not uncover a criminal history.

Incredible photo by @TomFoxPhoto from DMN of the shooter this morning in downtown Dallas, 22 year-old Brian Isaack Clyde

Clyde was shot and killed by authorities shortly after this pic was taken pic.twitter.com/20jMuwcVY1

ACTIVE SHOOTER: A gunman who opened fire outside a courthouse in Dallas did not survive after police officers engaged in a shootout, with video shot from above showing gunshots exchanged before the suspect, 22-year-old Brian Clyde, fled into a parking lot. https://t.co/ezRA2BtTte pic.twitter.com/dzVzLhZu9H

There is nothing in The Onion that will not be made literally true as the dark enlightement encroaches.