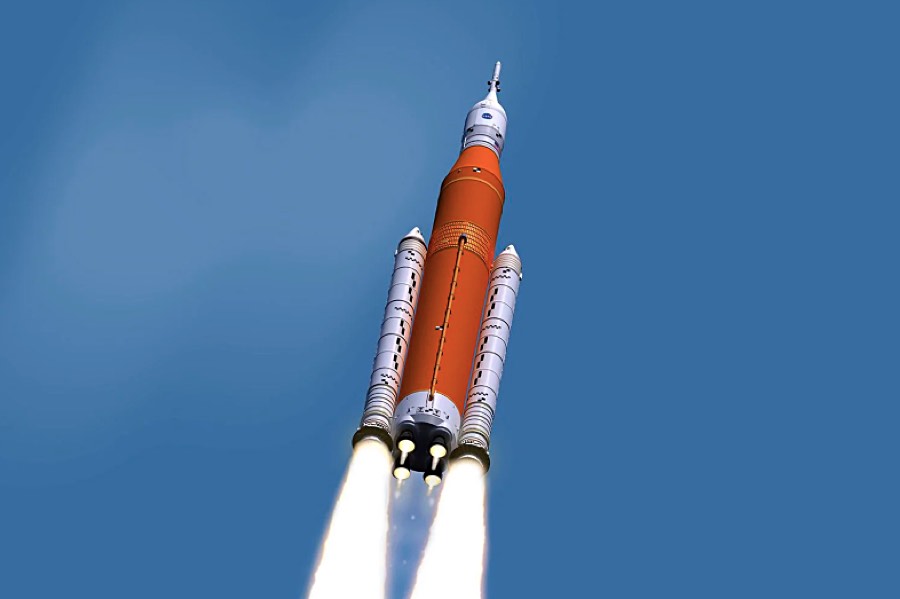 “The rocket NASA plans to use to get astronauts to the moon by 2024 has for years suffered significant cost overruns and schedule delays,” writes the Washington Post's Christian Davenport, “But those problems are even worse than originally thought, according to a federal watchdog report expected to be released Wednesday.”

That rocket's very first launch was first expected to take place in late 2017. We're in 2019. The U.S. Government Accountability Office report coming out tomorrow says the first launch actually might not happen until June 2021.

The Washington Post has an early copy of the GAO report, and the report says NASA hid the actual cost of the manned moon rocket program by shifting certain line items to future missions, without accounting for them as they should have.

GAO's report accuses the space agency of “a lack of transparency . . . especially for its human spaceflight program" and says misrepresentations made by NASA make it difficult to ascertain the program's true cost.

More from The Washington Post's overview of the GAO report due out on Wednesday:

It said the cost of the rocket, known as the Space Launch System, had grown by nearly 30 percent or nearly $2 billion and that the first launch of the rocket, initially expected in late 2017, might not happen until June 2021.

Still, NASA has continued to pay tens of millions of dollars in “award fees” to Boeing, the SLS’s primary contractor, for scoring high on performance evaluations.

After issuing one award fee to Boeing, a NASA official even “noted that the significant schedule delays on this contract have caused NASA to restructure the flight manifest for SLS,” the report said. The GAO called for NASA to use “ongoing contract renegotiations” to “reevaluate its strategy to incentivize contractors to obtain better outcomes.”

The report comes as NASA is seeking congressional support for its plan to return humans to the moon within five years. Originally, NASA had planned to do that by 2028, but the Trump administration requested that the timetable be accelerated. To meet that demand, NASA recently requested an additional $1.6 billion from Congress for its moon effort, dubbed Artemis. Last week, NASA Administrator Jim Bridenstine told CNN that the cost of the program would be far more: $20 to $30 billion over five years.

But the key to that mission is the SLS, a rocket with a cost that is not fully known since “NASA’s current approach for reporting cost growth misrepresents the cost performance of the program,” according to the GAO.

IMAGE: This artist's illustration made available by NASA shows what the Space Launch System would look like during liftoff. (Marshall Space Flight Center/NASA)