Star Wars-themed furniture to furnish your Tardis with 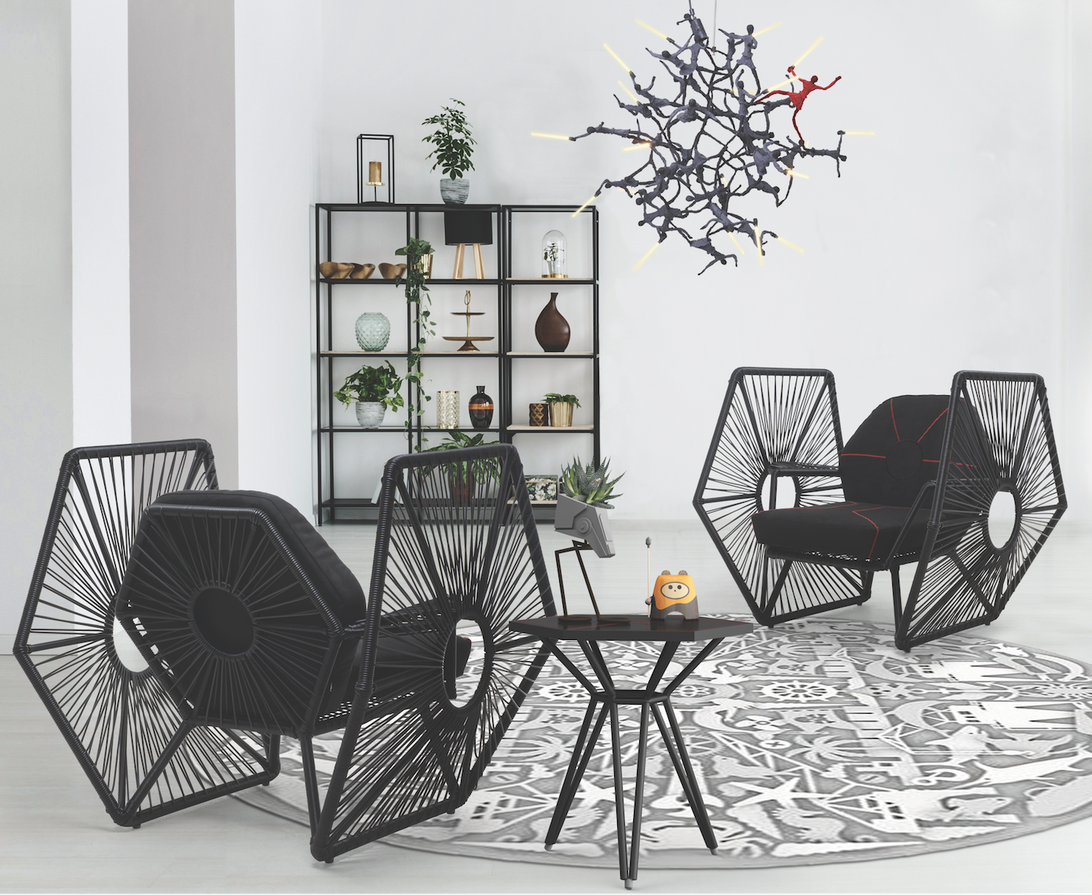 Na-nu, na-nu fellow trekkies! The Kenneth Cobonpue Star Wars Collection features Dark Side-themed chairs and end-tables, a wookie "rocking stool" (hot tip: ask for a sample before you get the whole stool!), and the standout, a powder-coated metal light-saber-battle lamp in two sizes.

You can now buy Star Wars furniture, but it'll cost ya [Bonnie Burton/Cnet]