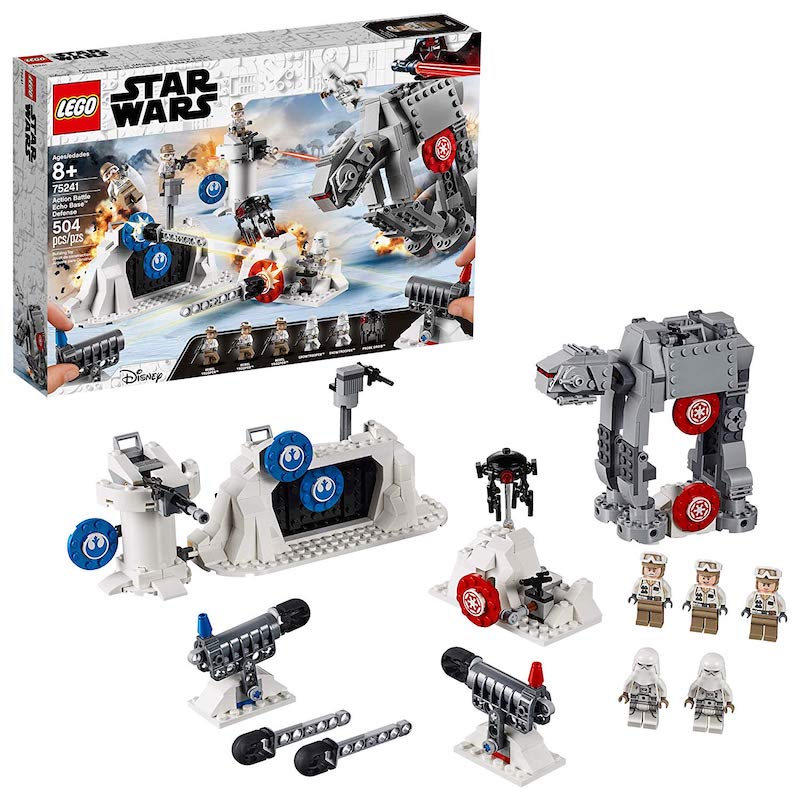 The Rebels sure got their asses kicked on Hoth. Can you do better? Give it a try with the LEGO Star Wars: The Empire Strikes Back Echo Base Defense kit.

Luckily Luke gets out of the bacta-tank just in time. Now it is your turn to defend the base with useless canon and watch as your mini-fig compatriots are overrun by the glorious attack forces of the Empire, or just play as the guys on the side of Order.

lego / What no wampa?