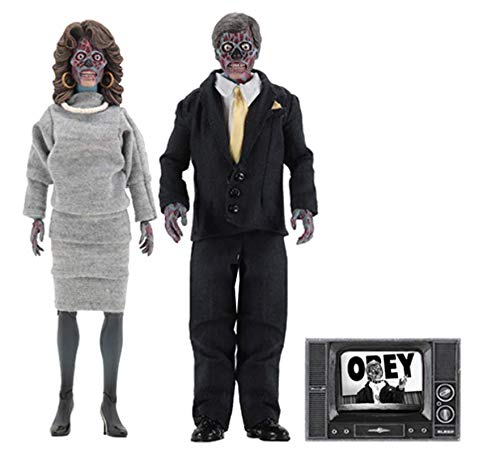 The rise of global trumpism has been accompanied by a resurgence in John Carpenter's 1988 science fiction movie about conspiracies, consumerism and revealed truths "They Live," and just in time to cash in on the zeitgeist, Neca has announced a $70 They Live action-figure set that ships on Halloween 2019, complete with OBEY TV set accessory -- to say nothing of "wristwatches that transport them to the alien command center, as well as television, magazine, newspaper and necklace accessories."