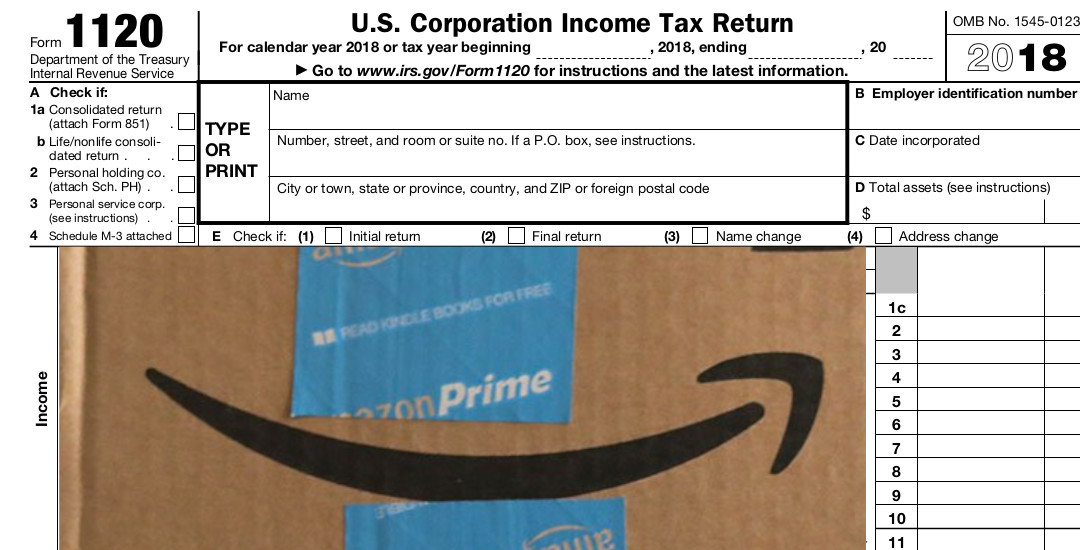 As Russell Brandom writes, "before 1976, corporate tax returns were broadly considered part of the public record" and there's been bipartisan support since for mandating that big companies show us how they're structuring their earnings (this was especially urgent after the Enron scandal).

The Treasury studied the matter in 2018 and weighed in strongly supporting the idea, as a means of enhancing both the public dialog about how tax breaks were being used and abused as to "demystify the tax code" and also to help Congress, who could refer to the disclosures when writing law.

Today, Amazon claims that it's paying $2.6B/year in taxes, but so far as we can tell from its minimal disclosures to shareholders, it paid $0.00 in federal tax last year. Resolving this discrepancy would be easy: just publish Amazon's tax returns.

When politicians like Warren complain about Amazon not paying taxes, the real argument is that the company is abusing the tax deduction system, exploiting poorly designed deductions and using political influence to keep those loopholes open. But if you’re making that case, it’s not enough to simply say Amazon took a lot of deductions. We need to know which deductions Amazon took and why. The only way to know that is to see the filing itself. (It should go without saying that all these arguments apply equally well to a president’s tax returns.)

More transparency could also shed light on the thornier topic of foreign tax shelters, which most companies currently report to the SEC as a single number for all non-US income. “The number one ask is, you want to break down this bucket of foreign income into something other than just ‘the rest of the world,’” says Gardner. “You’d want to know, at least for a specific known tax haven, what fraction a company’s employees, pre-tax income, and tax is attributable to, say, Bermuda or the Cayman Islands.” When that information has been made public — most notably under the OECD’s recent anti-tax-shelter framework — the results have been promising, with billions flowing back into national treasuries.

The main reason we don’t publish tax returns already is that it would turn up some embarrassing secrets. Corporations typically treat taxes as an expense to be minimized, setting loose armies of lawyers and accountants to ensure they pay the minimum required by law. While legal teams exploit loopholes, political teams lobby to keep them open. None of this is new or unique to Amazon, but pulling back the curtain on it all would be embarrassing across the board. It also might reveal corporate secrets beyond just tax tricks, including investments and projects that companies would prefer to keep to themselves. But what’s bad for companies like Amazon could be good for the public at large. Tax secrets aren’t just shameful; they’re harmful.