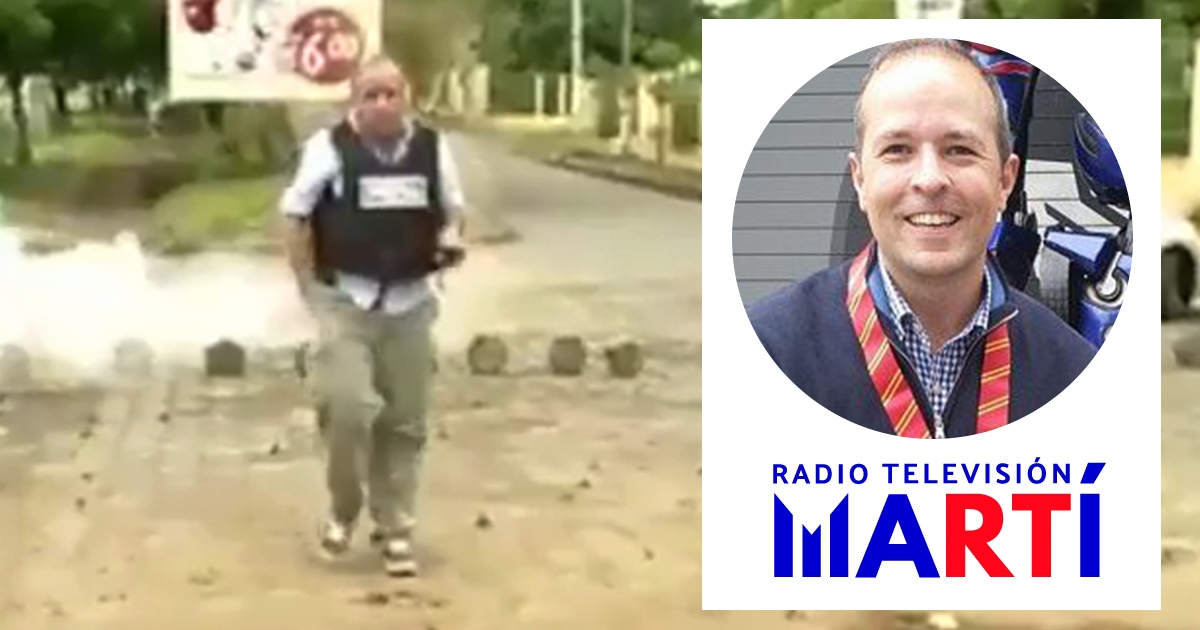 Newly unearthed scandals are placing a harsh spotlight on the United States Government agency behind Voice of America, Radio Martí, TV Martí, and other broadcast entities purportedly in the business of amplifying American values abroad.

One top executive billed $37,000 in made-up travel expenses. A reporter and a cameraman are accused of faking a mortar attack on the US propaganda channel that beams news to Cuba.

The U.S. government agency tasked with broadcasting American values to the world behaves like it has no values at all.

Photos of an attack, now believed to be faked, which were published by Tomás Regalado Jr. on his Facebook page.

“The United States Agency for Global Media, the government’s foreign broadcast service, already struggling to clean house after a series of scandals last year at flagship operations like Voice of America and TV Martí, is now being rocked by two new cases that have raised further questions about its journalistic and financial management,” writes Elizabeth Williamson at the New York Times:

In one, Tomás Regalado Jr., a reporter for TV Martí, which broadcasts into Cuba, and a cameraman for the network, Rodolfo Hernandez, were suspended amid allegations that they faked a mortar attack on Mr. Regalado during a broadcast from Managua, Nicaragua, last year.

That incident surfaced only days after Haroon Ullah, the former chief strategy officer at the global media agency, which operates Martí and foreign-language networks around the world, pleaded guilty on June 27 in federal court in Alexandria, Va., to stealing government property.

A former deputy to the agency’s chief executive, John Lansing, Mr. Ullah admitted to fleecing the government of $37,000 between February and October last year by claiming reimbursements for expensive hotels he did not book, double-billing the government for official travel and forging a doctor’s note to allow him to fly business class. He faces up to 10 years in prison.

The new problems are unrelated to each other; in the case of Mr. Ullah, the agency said its internal controls flagged the expense fraud. But along with many others over the past two years, the scandals have brought intensified scrutiny and criticism to the agency, formerly known as the Broadcasting Board of Governors. Created during World War II to be an objective, trusted source of information in nations where freedom of the press is under attack, the agency has 3,500 journalists who reach more than 345 million people in 100 countries each week.

The United States Agency for Global Media initiated an investigation into the allegedly faked segment at TV Martí “immediately after these concerns about the footage in question were raised,” the agency said in a statement. “As the agency has made clear, we have zero tolerance for failing to honor clear and universally accepted standards of professional journalism. We also owe it to all involved to conduct a thorough and clear investigation to get all of the facts.”

Mr. Regalado is the son of Tomás Regalado Sr., the director of the Office of Cuba Broadcasting, which oversees Radio and TV Martí. The senior Mr. Regalado was hired last year to raise the outlet’s professional standards after Martí aired multiple broadcasts calling the financier and Democratic donor George Soros, a longtime opponent of authoritarianism, “a nonbelieving Jew of flexible morals” and other slurs.

The agency is still run by Obama-era executives.

Trump has nominated his own choice to lead the agency — Michael Pack, a conservative documentary filmmaker and associate of Stephen K. Bannon, the president’s former strategist — but the nomination awaits a vote in the Senate.

Journalist Patrick Radden Keefe has done plenty of extensive and gripping longform journalism, including his most recent book, Say Nothing: A True Story of Murder and Memory in Northern Ireland (which I could not recommend more highly). His newest project is a slight departure from covering topics of crime and radical separationists, but still deals […]