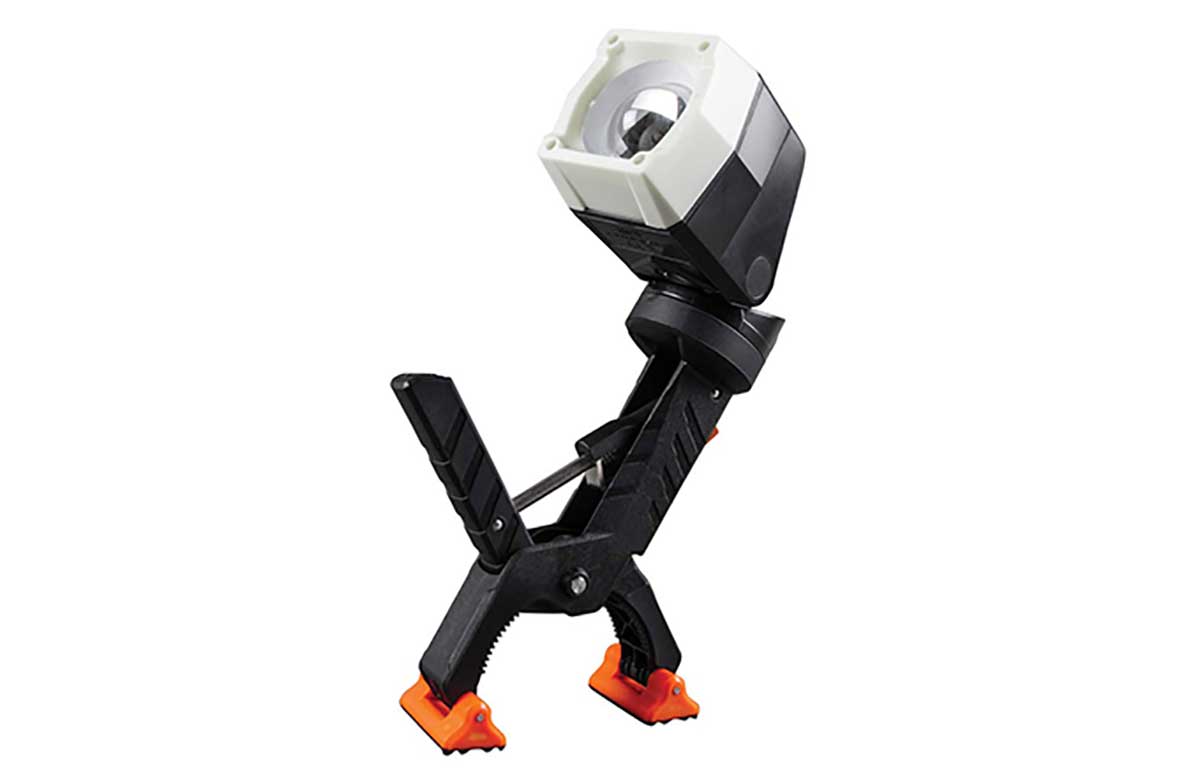 This battery-powered (4 AA cells, included) adjustable work light is bright and has a clamp, making it a great option for people with fewer than three arms. The clamp even doubles as a stand, so you can put it on a floor or desk while you work on your project.