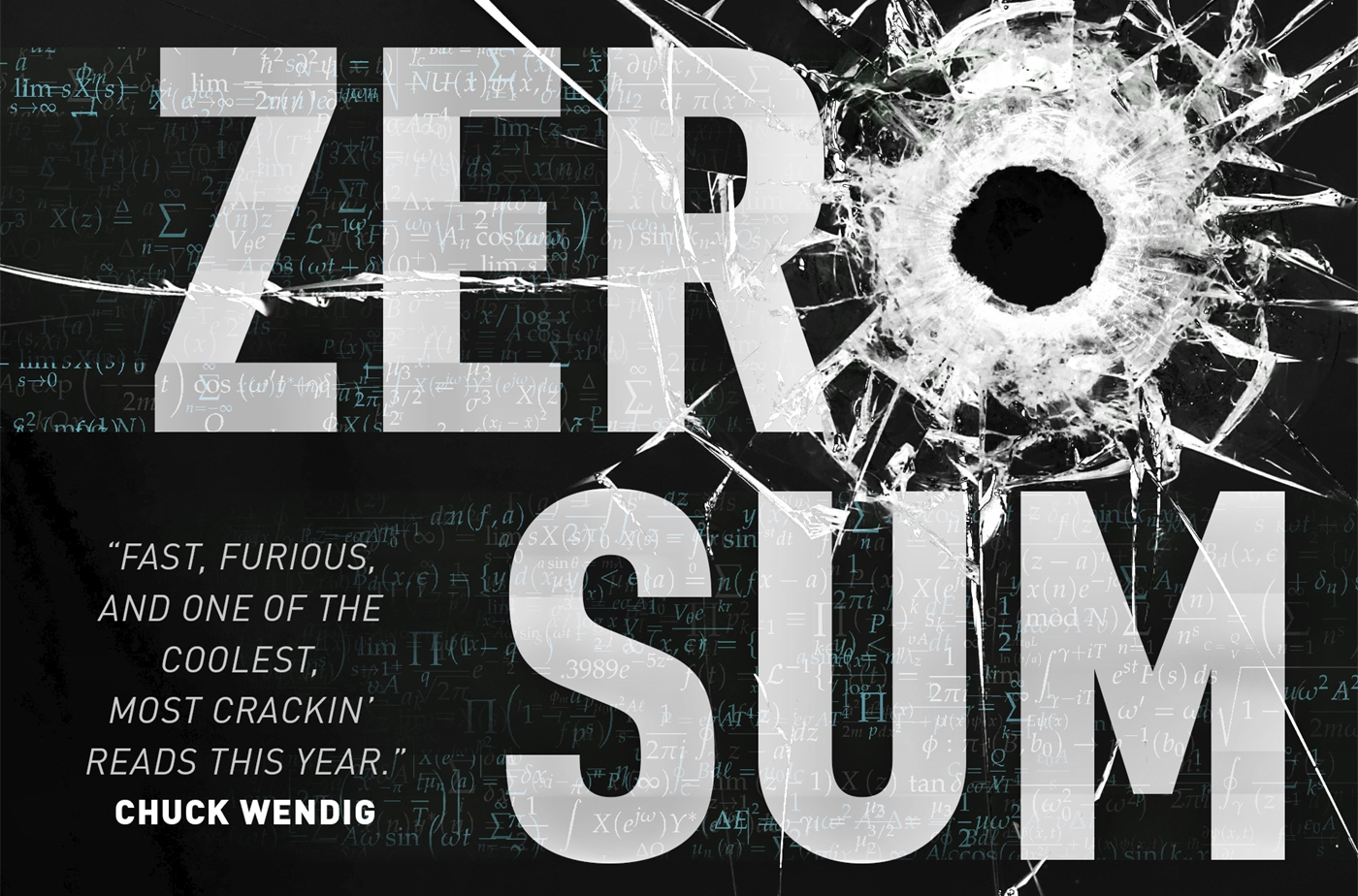 SL Huang got a degree in math from MIT, then became a martial artist, stuntwoman and weapons expert; her debut novel, Zero Sum Game, features an ass-kicking action hero called Cas Russell, who combines all of Huang's areas of expertise: Russell is a ninja-grade assassination/extraction contractor whose incredible math skills let her calculate the precise angles needed to shoot the bolts out of an armored window as she leaps towards it from an adjacent roof; to time a kick so that it breaks her opponent's jaw without breaking his neck, or to trace back the path of a sniper's bullet with eerie accuracy and return fire.

Apart from her math ability, Russell is a classic action hero: an enigma with a shadowy past whose hard-boiled cynicism is a mask to cover her own shattered psyche.

But that mathematical difference is a game-changer. Huang's own math background shines through here, conveying a way of thinking that is both plausible and alien, conveying a way of seeing and being in the world that is different from the experience of 99.99% of us. Huang's skilled weaving of math into action scenes -- featuring every kind of explosive, firearm, blade, vehicle and bare-hands mayhem -- elevates the story to something that is both fresh and exciting.

Zero Sum Game sees Russell pitted against several shadowy conspiracies -- G-men, secret government projects, criminal underworlds -- that she has to navigate via tenuous alliances with a PI, a super-hacker (Huang's math and computer science background make this one particularly interesting), and a vengeful psychopath whose deep Christian faith and strange code of honor make him her only friend in the world.

Huang plots out many twists and turns as her characters seek to unravel the nested mysteries of her existence and the existence of a shadowy plot whose powers seem impossible but also impossible to deny. The action rarely lets up, and Russell makes such a great anti-hero that you root for her even as you curse her pig-headedness.

This is the first Cas Russell novel, with book two, Null Set, published earlier this month, and there's more to come. It's a great start to an exciting series -- and an exciting career.