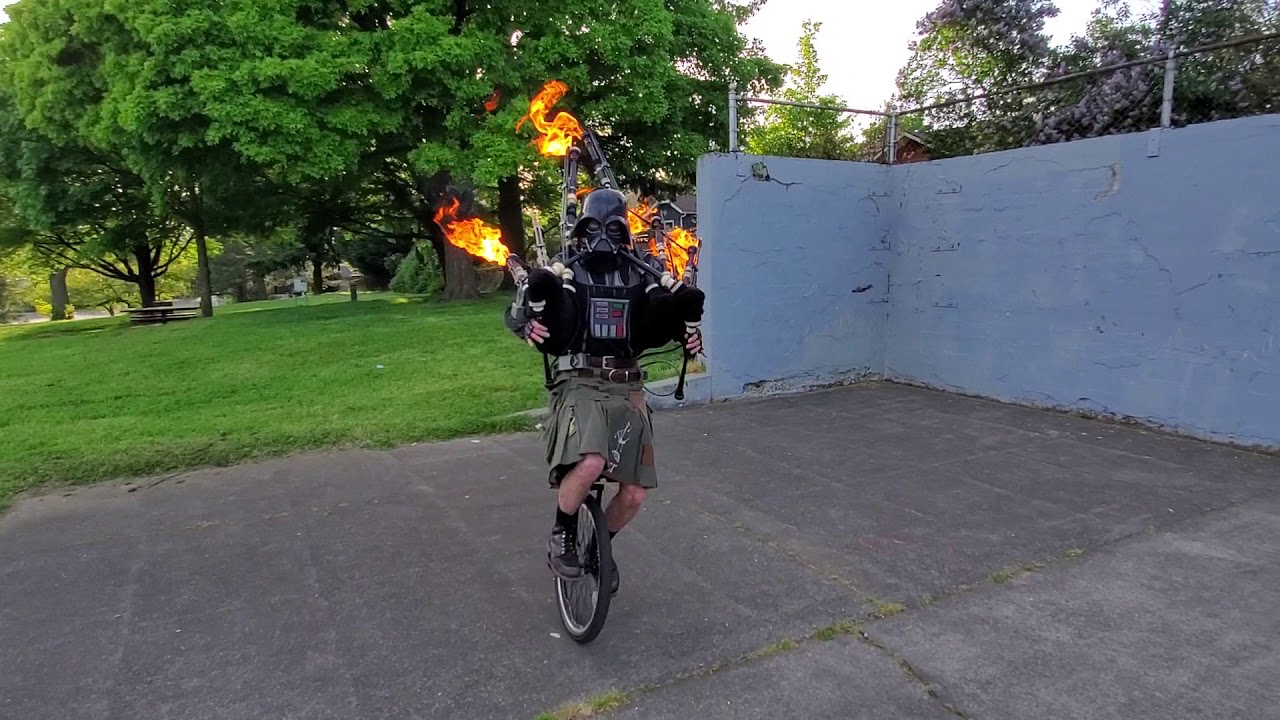 Unmute the video below. You need this, in all its glory.

Brian Kidd, aka the Unipiper, has been featured before here on Boing Boing. He's internet-famous and locally renowned in Portland for for playing the flaming bagpipes on his unicycle while wearin' a Darth Vader mask.

He upped the ante on himself by doing it with two flaming bagpipes, and it's awesome.

This video of him playing the bagpipe as he unicycles around a blow-up Star Wars All Terrain Armored Transport, or AT-AT walker is a wonderful weird balm.

Now I want a giant inflatable AT-AT, too.

Watch out, you never know where you're going to run into the Unipiper.

PREVIOUSLY: Brian Kidd is the Unipiper: the unicycling bagpiper