Bear trashes car after locking self inside [PHOTOS] 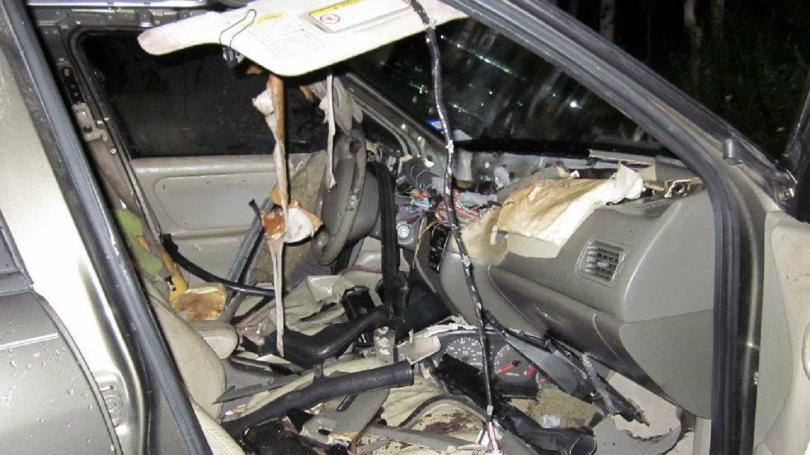 When in bear country, ALWAYS lock your vehicle doors. Here are snapshots that show how a Colorado bear totally trashed the inside of this vehicle after accidentally locking itself inside, when foraging for food.

Colorado's Snowmass Village Police Department shared these photos on Facebook Monday, showing how much damage the bear did after finding its way inside an unlocked vehicle.

"Have you ever wondered what happens when a bear breaks into a car?"

Police answered that question with the photos at the top and bottom of this article.

Snowmass Village is about 160 miles west of Colorado Springs, just west of Aspen.

IMAGES: A bear destroyed the inside of a car in a small Colorado town. Photos via Snowmass Village Police Department.

In Northern California, sheriff’s deputies helped a large bear get out of a locked trash bin, which the bear somehow managed to get stuck inside while dumpster diving for dinner.