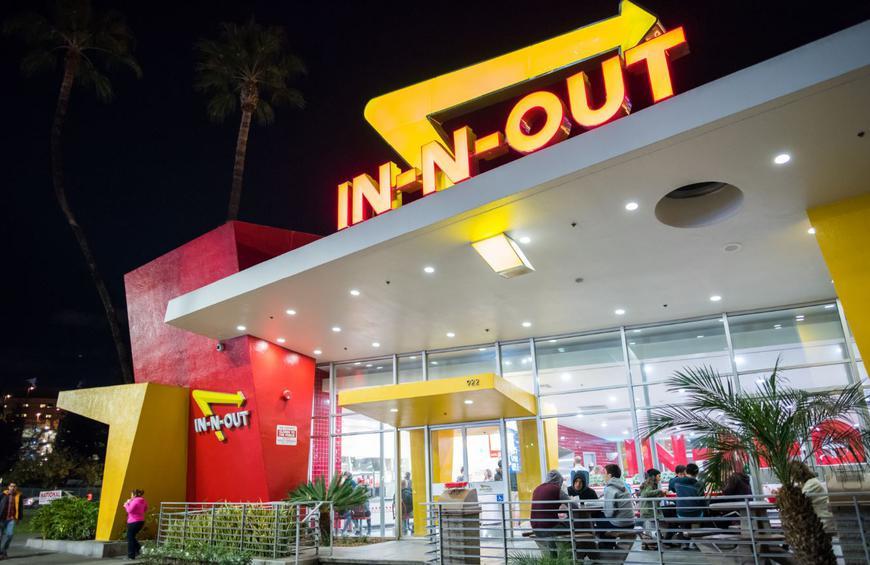 Nope, she's not in Massachusetts, or Russia, or on some yacht in the waters of a non-extraditing country.

Ghislaine Maxwell, 57, was spotted hiding in plain sight at a burger joint in Los Angeles today.

She has been accused by witnesses of having served as an accomplice to accused sex trafficker Jeffrey Epstein, who died in what authorities say was a jailhouse suicide by hanging less than one week ago.

Maxwell was photographed in LA today eating an In-N-Out hamburger. She was seated at the fast food restaurant's outside patio .

That book she's reading in the NY Post's photograph?

“The Book of Honor: The Secret Lives and Deaths of CIA Operatives.”

From the New York Post, where you'll find photos of an accused criminal eating a burger:

Maxwell — who was sitting alone with a pet pooch — was surprised she was located and told an onlooker:

“Well, I guess this is the last time I’ll be eating here!”

Maxwell, who is accused in court papers of providing sex slaves for Epstein and even engaging in threesomes with the financier and underage girls, had not been pictured in public since 2016.

Why was she in Los Angeles? She wouldn't answer reporters' questions, and neither will her representatives.