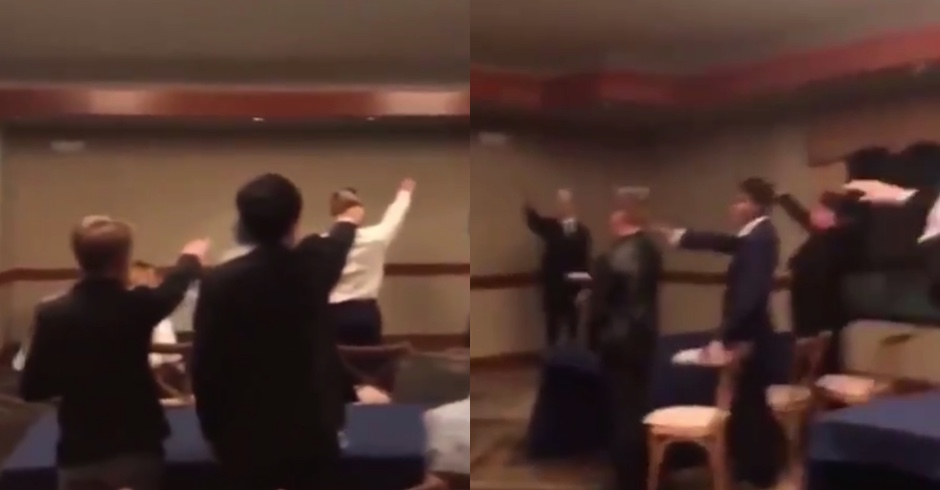 The Daily Beast reports that a water polo team from a California high school sang Nazi songs during an awards ceremony.

The video was uploaded to Instagram by one of the athletes, who also posted lyrics to the song in his Instagram bio. After the video expired, the athlete removed the reference. He did not respond to requests for comment.

A spokesperson for the Garden Grove Unified School district where Pacifica High School resides said the school administrators first became aware of the incident and video four months later in March, but did not say if they disciplined anyone.

Amazing how just a few years ago, people thought that the internet -- the loss of privacy, context collapse, a permanent record of misbehavior -- would make indiscretions that once destroyed careers and lives become trivial. Now everyone is seeing that the receipts are in fact loaded with potential, a drumbeat of recrimination so powerful that new civil rights are imagined in its wake. I often feel like younger conservatives, especially, are alarmed at the prospect of their teenage USENET accounts and forum identities being uncovered. But I'm also told that facts don't care about my feelings. QED.