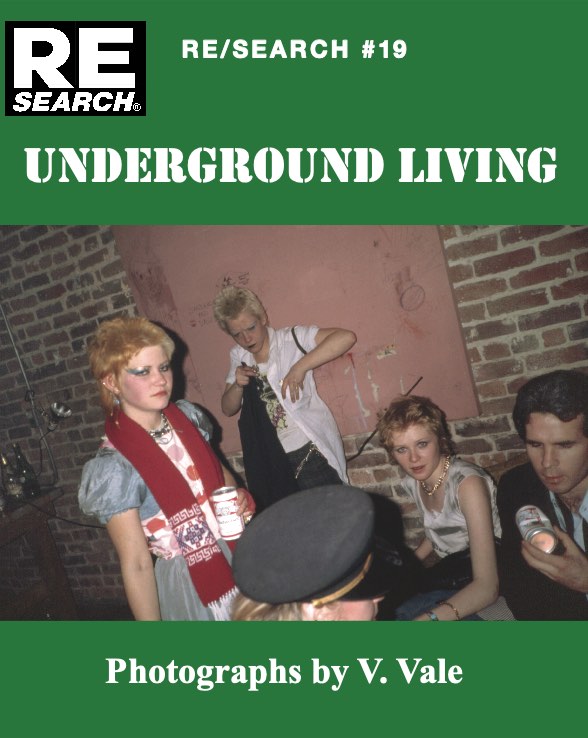 For decades, Happy Mutants met one another and got seriously warped by the astounding books and other media of RE/Search Press (previously), now, after a long drought, RE/Search is publishing a new book, Underground Living (RE/Search #19), featuring the photos of V.Vale ("early Ramones shows, Henry Rollins, Lydia Lunch, John Waters, Genesis P-Orridge, William S. Burroughs, J.G. Ballard, Andy Warhol, Allen Ginsberg, Kathy Acker, Survival Research Labs, and many more!"). The book launches this Sunday at San Francisco's legendary City Lights Books, where V.Vale will be in conversation with that happiest of mutants, the magnificent Rudy Rucker (previously). (via Beyond the Beyond)