Greatest-ever shredding company slogan: "The Future Is Here And Everything Needs To Be Destroyed." 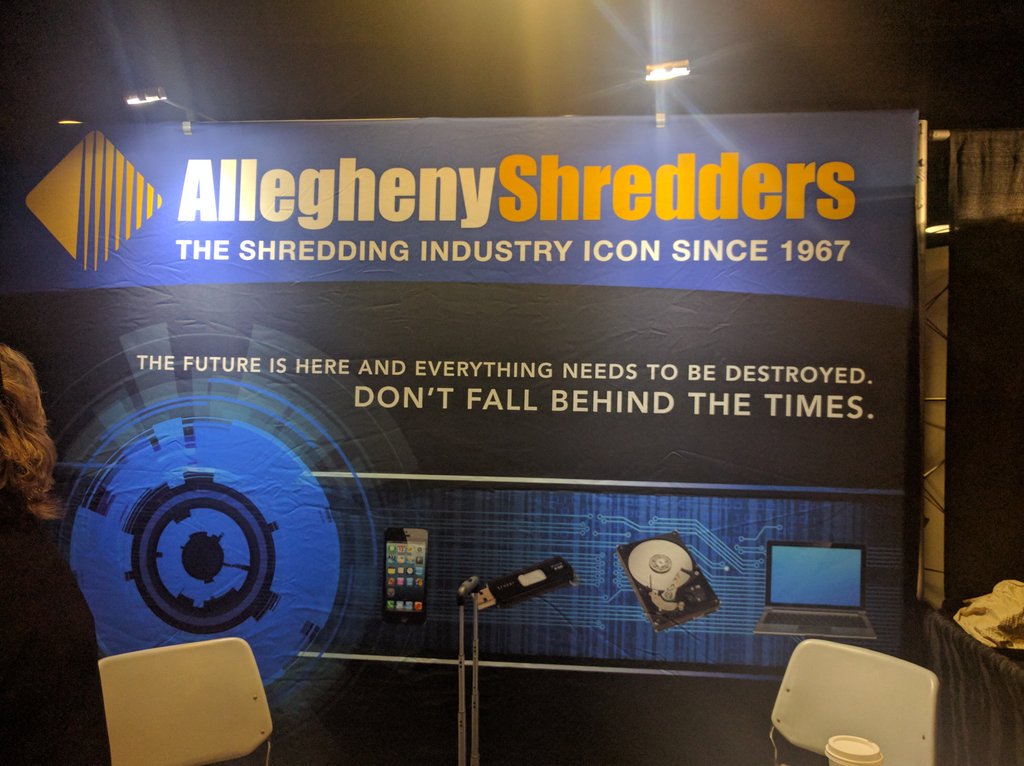 I know nothing about the quality of Allegheny Shredders' machines (though I do take some interest in field), but I'm certain that they have the greatest slogan in shredding company history: "The Future Is Here And Everything Needs To Be Destroyed."