This heated fake keyboard was designed to fool your cat 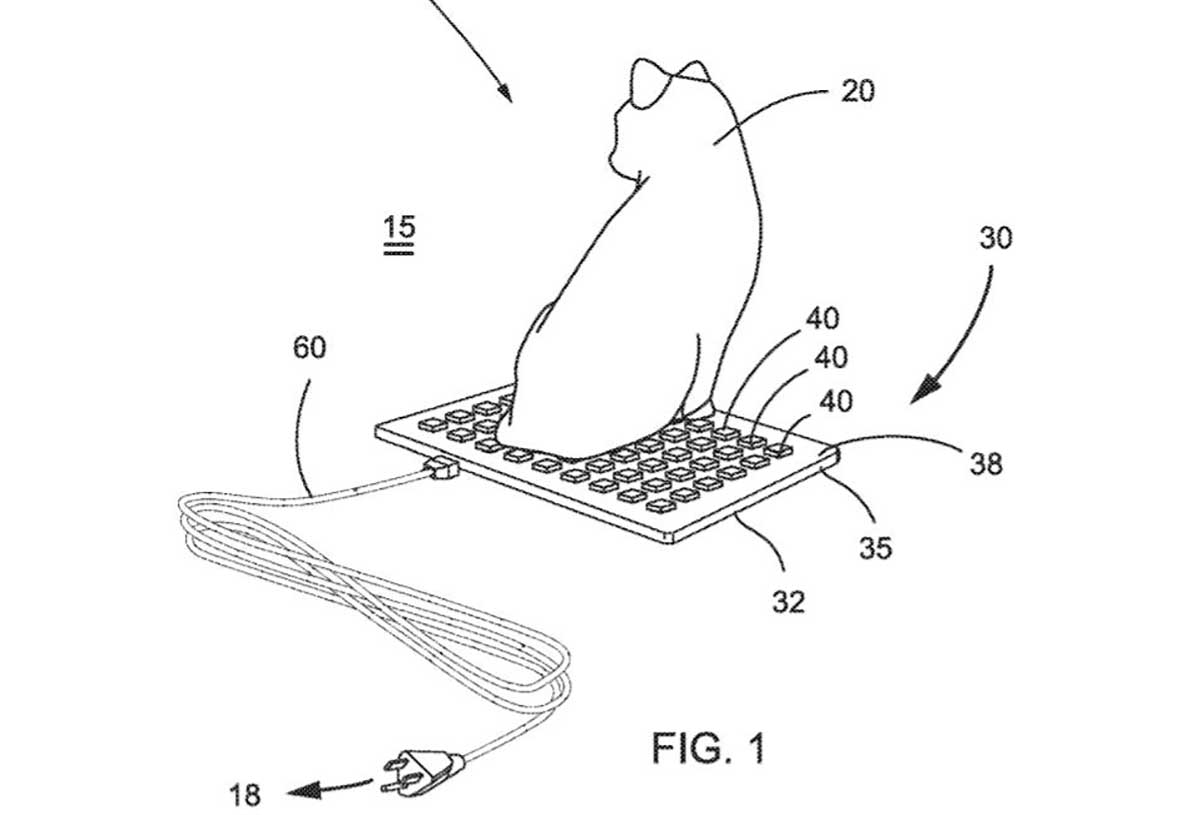 It looks like a keyboard. It's warm. It's the perfect way to keep your cat from sitting on your real keyboard. Meet the
"Laptop or keyboard simulating pet bed." Patent 10398125, issued September 3, 2019.