11 new games released this year for ... the Atari Lynx? 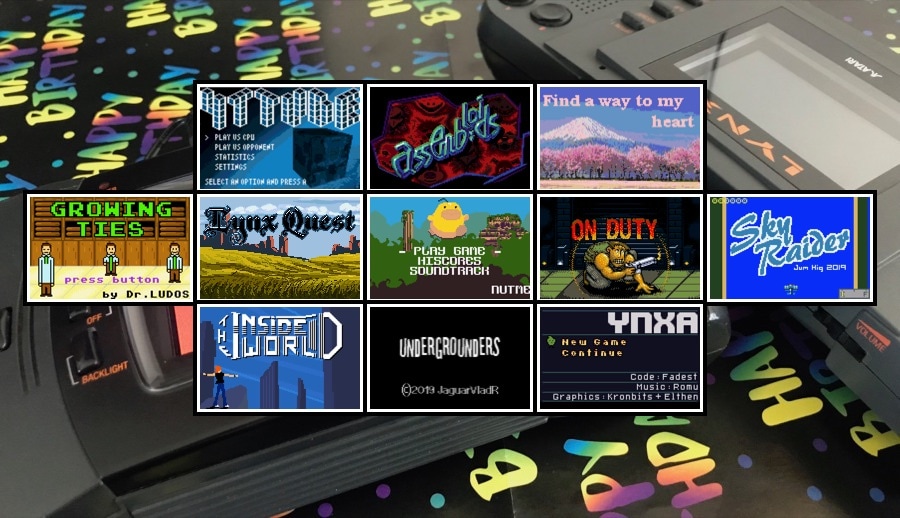 Atari's Lynx was a full-color portable 16-bit game console released in 1989. It was doomed in the face of Nintendo's all-conquering GameBoy, Atari's poor support, and its own overpowered hardware--given a couple of hours, every Lynx is a big box of dead batteries. But its beautiful graphics and unique design means it still has a lively homebrew scene. This year, 11 new homebrew games came out for it courtesy of a single competition. (According to Wikipedia, Atari didn't release this many games annually for the Lynx until its third year on the shelves, with only 76 official releases over the entire life of the system)

Atari Gamer, has been running the Atari Lynx 30th Birthday Programming Competition over the past few months and we now have the final submissions! All eleven of them! That's right, that's eleven new games for you to play and rate. We do admit that some are very well polished and others are more on the "tech demo" side, but all are worth having a look at.

Though the Atari Lynx may not have been as successful in the past, it really was and is an amazing gaming console. Its impressive feature set and the ease of developing games for it make it ideal for home brewers. Whether you're on the advanced side and code in Assembly or just starting out and writing games in C with the TGI library, you can have a lot of fun with the Lynx (see programming resources here). The amount of submissions for this competition has been overwhelming and it just shows how amazing the Lynx home brew scene is!

The site has an in-browser emulator! Making actual carts is another matter.