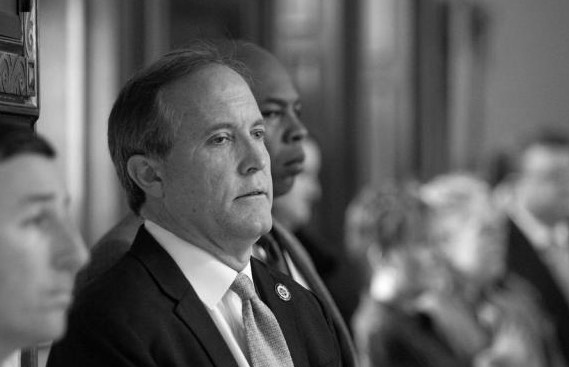 The Texas attorney general today issued a 29-page civil investigative demand with more than 200 directives for Google to provide detailed information on its ad business. The deadline is October 9.

“State attorneys general investigating Google are ordering it to turn over a wide range of information about its advertising business, according to an investigative demand that takes direct aim at the biggest source of the company’s revenue.”

The investigative demand seeks details on ad technology and acquisitions, and shows that the investigation is targeting the heart of Google's business model.

As Cory wrote earlier, “attorneys general from 48 states, DC, and Puerto Rico are collaborating on a joint antitrust investigation of Google's dominance in the ad- and search-markets, but two AGs are sitting this one out: California's Xavier Becerra and Alabama's Steve Marshall.”

Texas Attorney General Ken Paxton’s office, which is leading the nationwide probe, on Monday issued a 29-page civil investigative demand obtained by Bloomberg. In more than 200 directives, investigators ordered the company to produce detailed explanations and documents by Oct. 9 related to its sprawling system of online advertising products.

The Sept. 9 investigative demand, which is similar to a subpoena, was issued as 48 states, the District of Columbia and Puerto Rico announced an antitrust investigation of Google from the steps of the U.S. Supreme Court in Washington. The attorneys general said they were looking at Google’s advertising practices, but their detailed demand to the company hasn’t been previously reported.

According to the document, the states want information about Google’s past acquisitions of advertising technology companies, including DoubleClick and AdMob; its top advertisers and publishers; data collection practices; pricing models; and the functions of the ad auction market that delivers ads across the internet.

The document’s questions dig deep into the “black box” of Google’s money-making machine and ask for a thorough explanation of how it all works. Even to experts, the ad tech market can seem opaque and dizzying in its complexity.