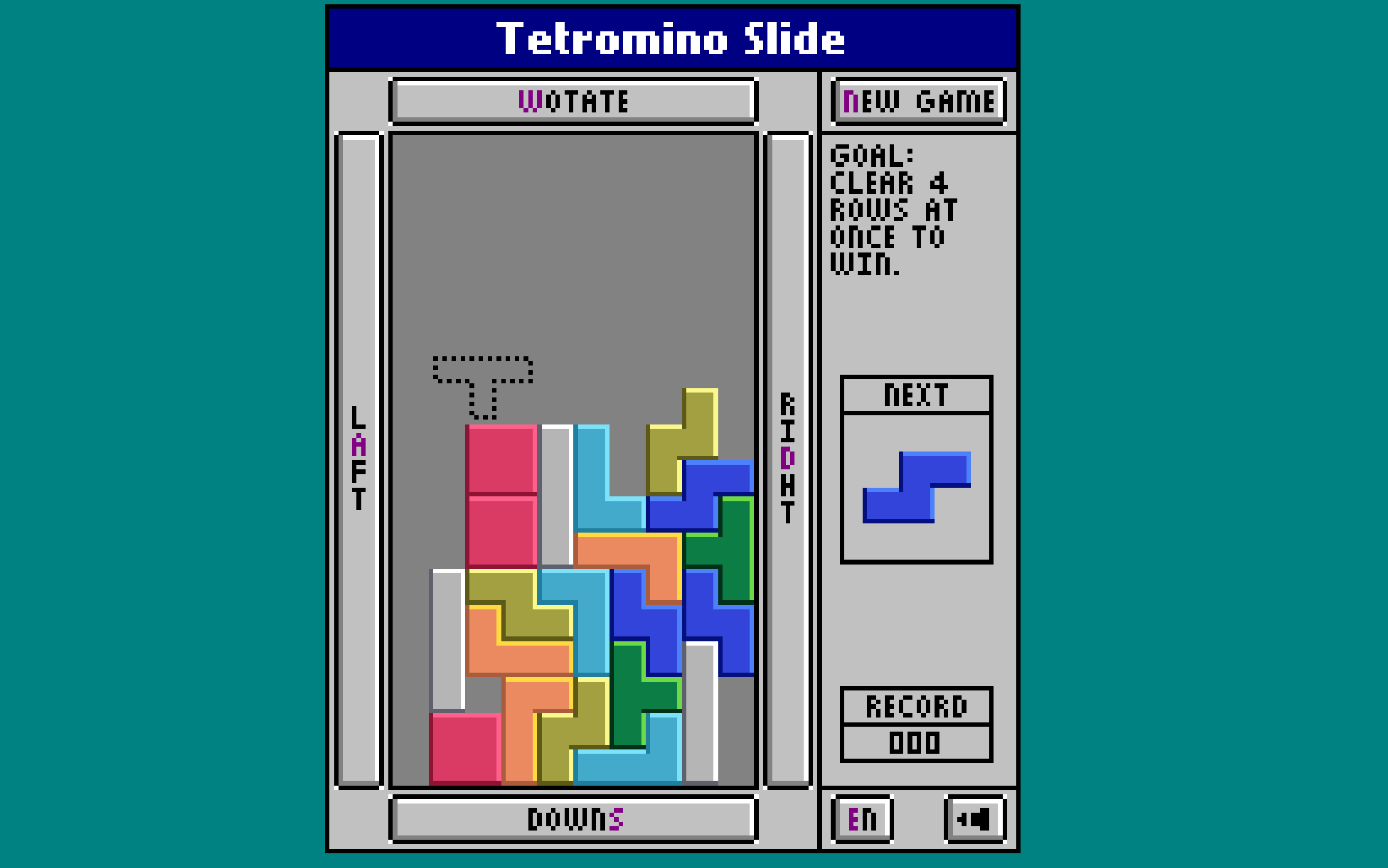 Tetronimo Slide is an unusually annoying variant of Tetris which adds a sliding mechanism similar to the game Threes. You no longer have to think and thumb quickly in the face of falling blocks, but have you thought about what happens if they can slide about after they land? You will, if you click that cursed link.