Do Not Erase: Jessica Wynne's beautiful photos of mathematicians' chalkboards 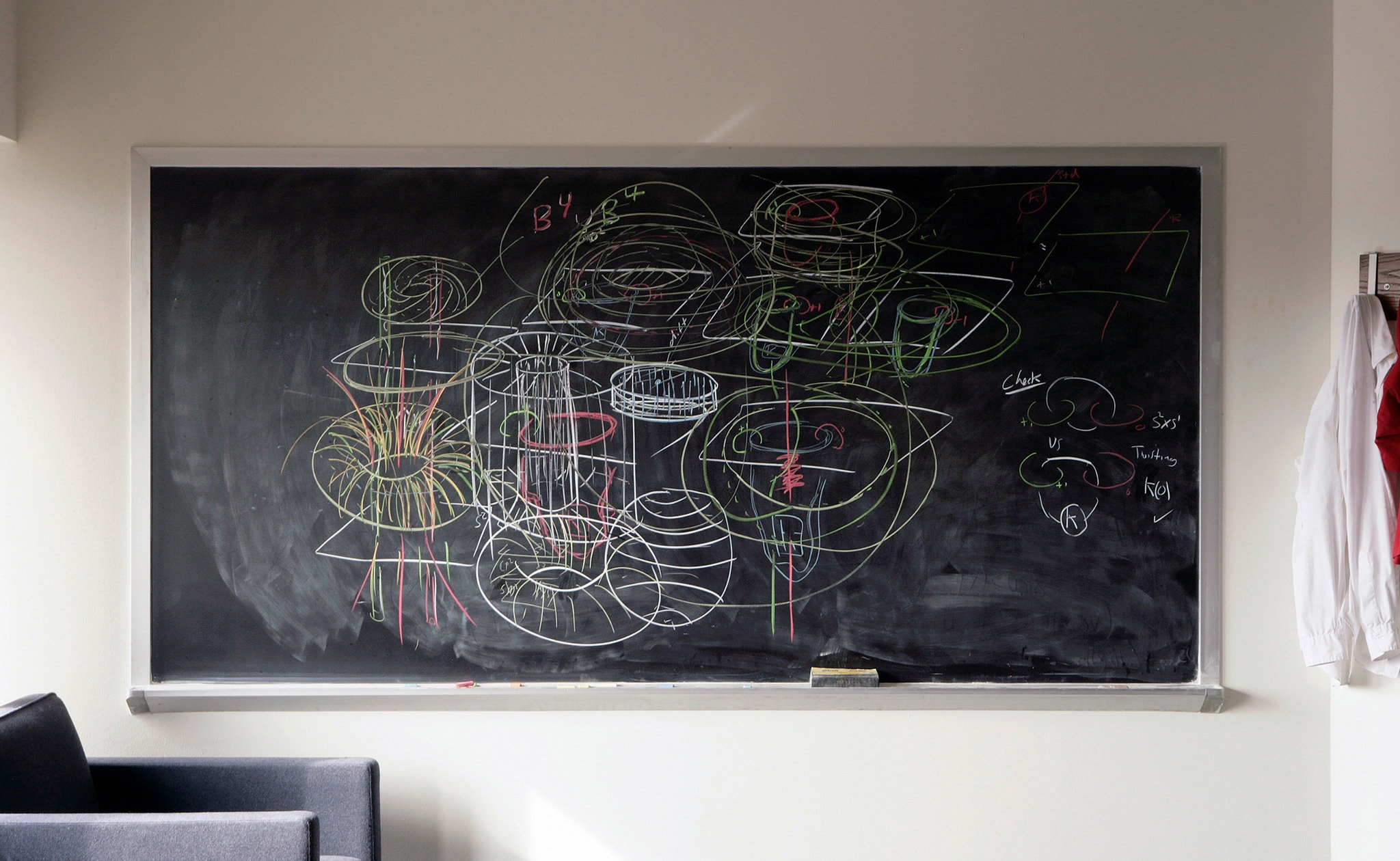 Fashion Institute of Technology photographer Jessica Wynne's "Don Not Erase" project documents the beautiful chalkboards of mathematicians, which will be collected in a book from Princeton University Press in 2020 (Christmas 2020 will be a lot simpler for me as a result).

In a NYT profile of her series by Dennis Overbye, Wynne has lots of interesting things to say about the process of photographing mathematicians' working notes (her discussion reminded me of an article I wrote about the "Nutty Professor" reboot, where the director hired a chemist to write plausible equations on the chalkboard).

I habitually write "do not erase" on blank chalkboards and whiteboards. It's a terrible habit, but I can't seem to break it.

“I am attracted to the timeless beauty and physicality of the mathematicians’ chalkboard, and to their higher aspiration to uncover the truth and solve a problem,” Ms. Wynne said in an email. “Their imagination guides them and they see images first, not words. They see pictures before meaning.”

She added: “I am also fascinated by the process of working on the chalkboard. Despite technological advances, and the creation of computers, this is how the masters choose to work.”