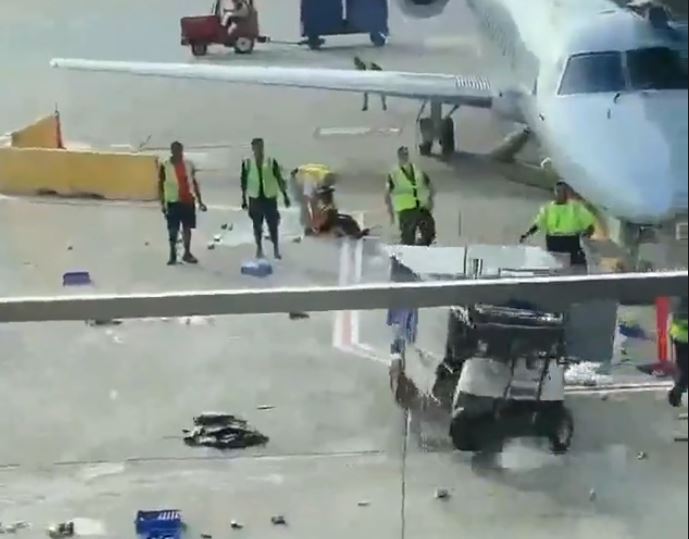 In this amusing and rather frightening footage, a runaway utility cart turns in circles on the asphalt at Chicago's O'Hare airport, slowly making its way toward a plane at the gate. Workers hover nearby, hoping for an opportunity to leap in and wrest control of the vehicle, but it's whirling too fast and the risk of injury is too great. But all is not lost!