A Bluetooth tracker helped me find my wallet 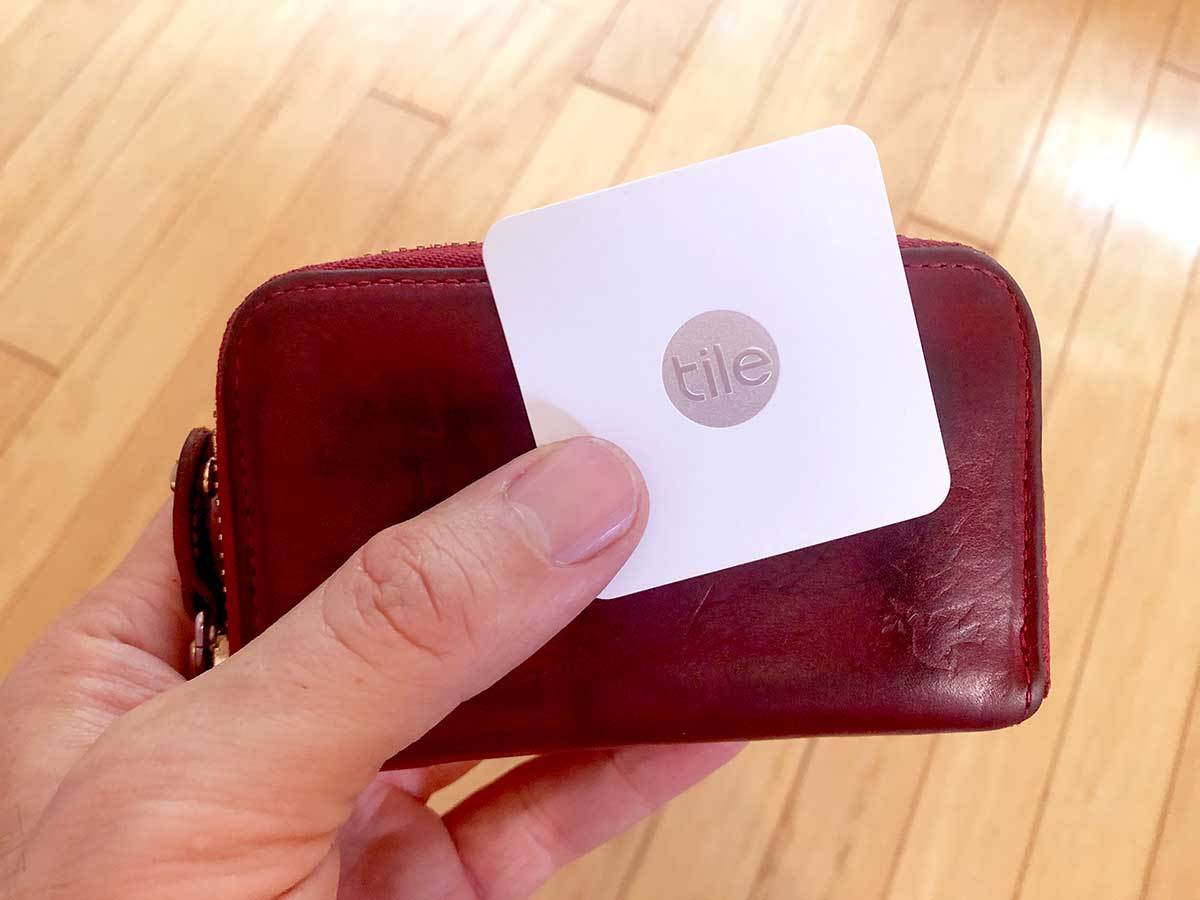 About three years ago I was at Maker Faire with my family. We stopped at a booth run by Tile, a company that makes small Bluetooth trackers to attach to things you don't want to lose. The person in the booth let us spin a wheel of fortune to try to win a Tile. Carla spun it and won the best prize on the wheel - a Tile 4-pack with two Tile Mates and two Tile Slims. We ended up putting them in a drawer and forgetting about them. But about a month ago, Carla complained that she was frustrated with looking for her phone after misplacing it too many times around the house. I remembered the Tile devices and set one up so that she could press the button on the Tile and it would make her phone play a tone. It worked, which is surprising because the battery had been running for years. Now she keeps the Tile in a drawer and presses it when she can't find her phone.

I decided to put one of the Tile slims in my wallet. It's as thick as two credit cards, so it didn't make the wallet bulge. On Friday Carla and I went to a movie theater to see Monos (thumbs up) and when we got into our car after the movie, I felt for my wallet in my pants pocket and discovered it wasn't there. I quickly walked back to the theater to look for it. I didn't care as much about the contents of the wallet as the wallet itself -- it was a red zipper wallet I bought in Japan and I love it. I don't think they are available in the US or online, so it would be hard to replace.

It wasn't until I got inside the empty theater that I remembered my wallet had a Tile in it. I opened the Tile app on my phone and pressed the button. A second later I heard the Tile device pinging. I approached the sound, and found my wallet wedged between the seats. Without the Tile, I may not have found it and assumed someone took it.

Now I'm a fan of Tiles. I just downloaded this 3D printer file for an AirPods case that holds a Tile.