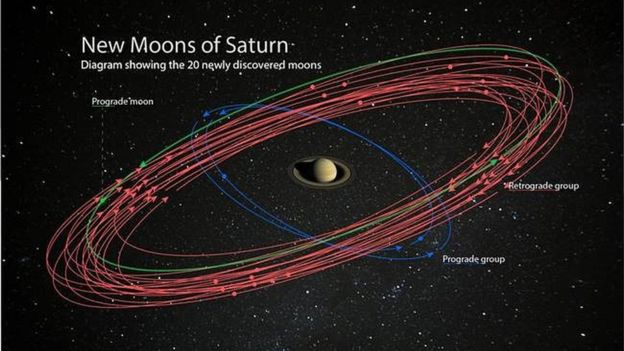 Saturn "has overtaken" Jupiter as the planet with the most satellites, at least in our own system: 82 to the larger world's 79. A team "discovered a haul of 20 new moons" around the ringed gas giant, as the BBC puts it, putting it in the lead.

The moons were discovered using the Subaru telescope on Maunakea, Hawaii.

Each of the newly discovered objects in orbit around Saturn is about 5km (three miles) in diameter; 17 of them orbit the planet "backwards".

I suspect they were there all along.