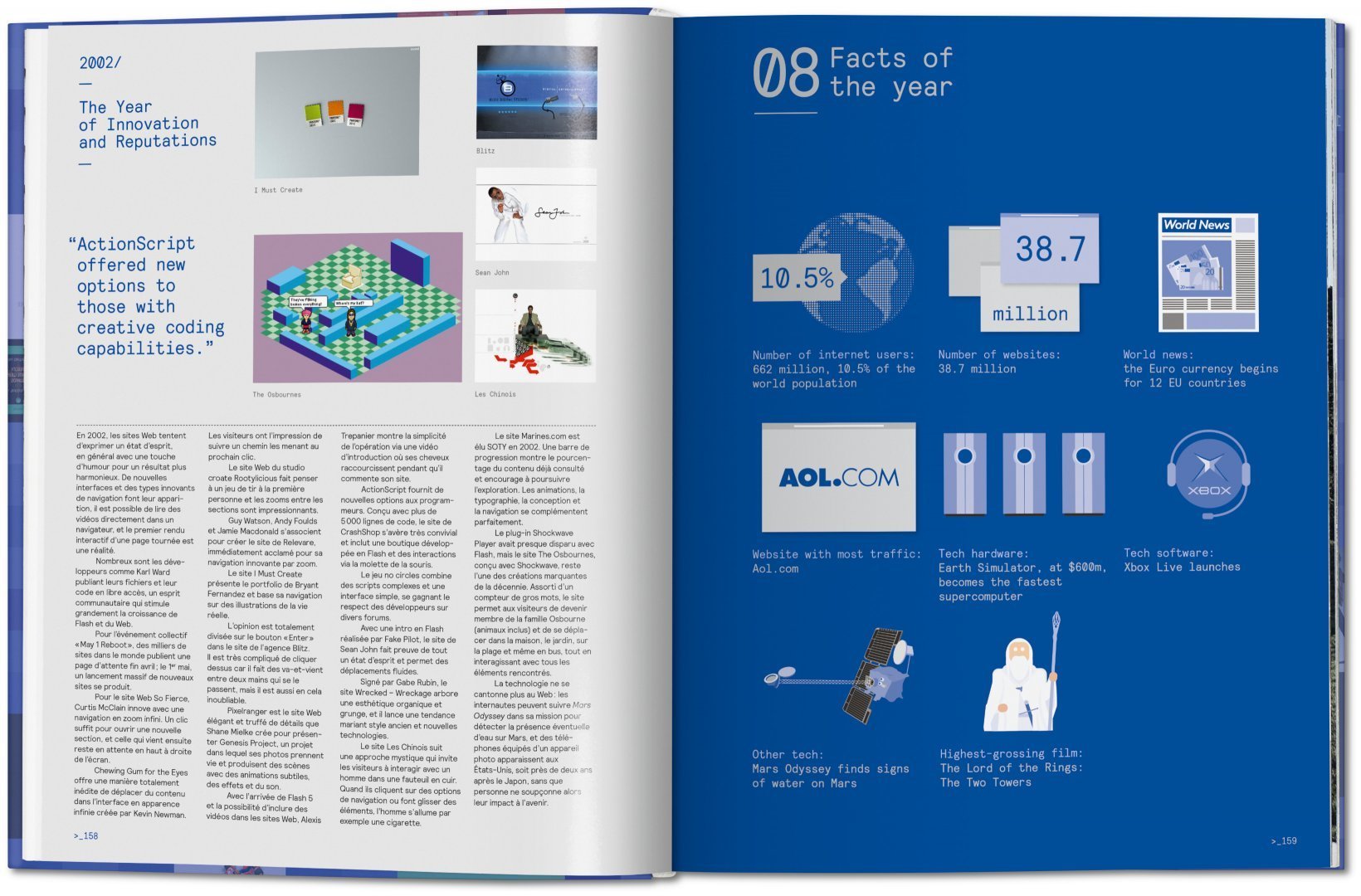 Adobe Flash, the clunky and unsearchable interactive plugin tech, was always bad. Its presence on a website guaranteed a user interface disaster, an unblockable ad, or general bloated shonkiness. But it was also liberating, making animation and programming accessible in a way unseen since the days of 8-bit computers with BASIC built-in. Flash Is Responsible for the Internet's Most Creative Era, writes Ernie Smith.

The web has actually gotten less creative over time, not more. This interpretation of events is a key underpinning of Web Design: The Evolution of the Digital World 1990-Today (Taschen, $50), a new visual-heavy book from author Rob Ford and editor Julius Wiedemann that does something that hasn’t been done on the broader internet in quite a long time: It praises the use of Flash as a creative tool, rather than a bloated malware vessel, and laments the ways that visual convention, technical shifts, and walled gardens have started to rein in much of this unvarnished creativity.

This is a realm where small agencies supporting big brands, creative experimenters with nothing to lose, and teenage hobbyists could stand out simply by being willing to try something risky. It was a canvas with a built-in distribution model. What wasn’t to like ... besides a whole host of malware?

Actionscript 2 was the heart of this, a marvel of approachability to amateurs, beginners and people who were just not gonna put up with a bigger headache. After years of trying to learn to program, AS2 got me going. The more capable and pro-oriented Actionscript 3 killed Flash's accessibility to nonprogrammers stone dead and (for better or worse) energized the market for more dedicated game making software.