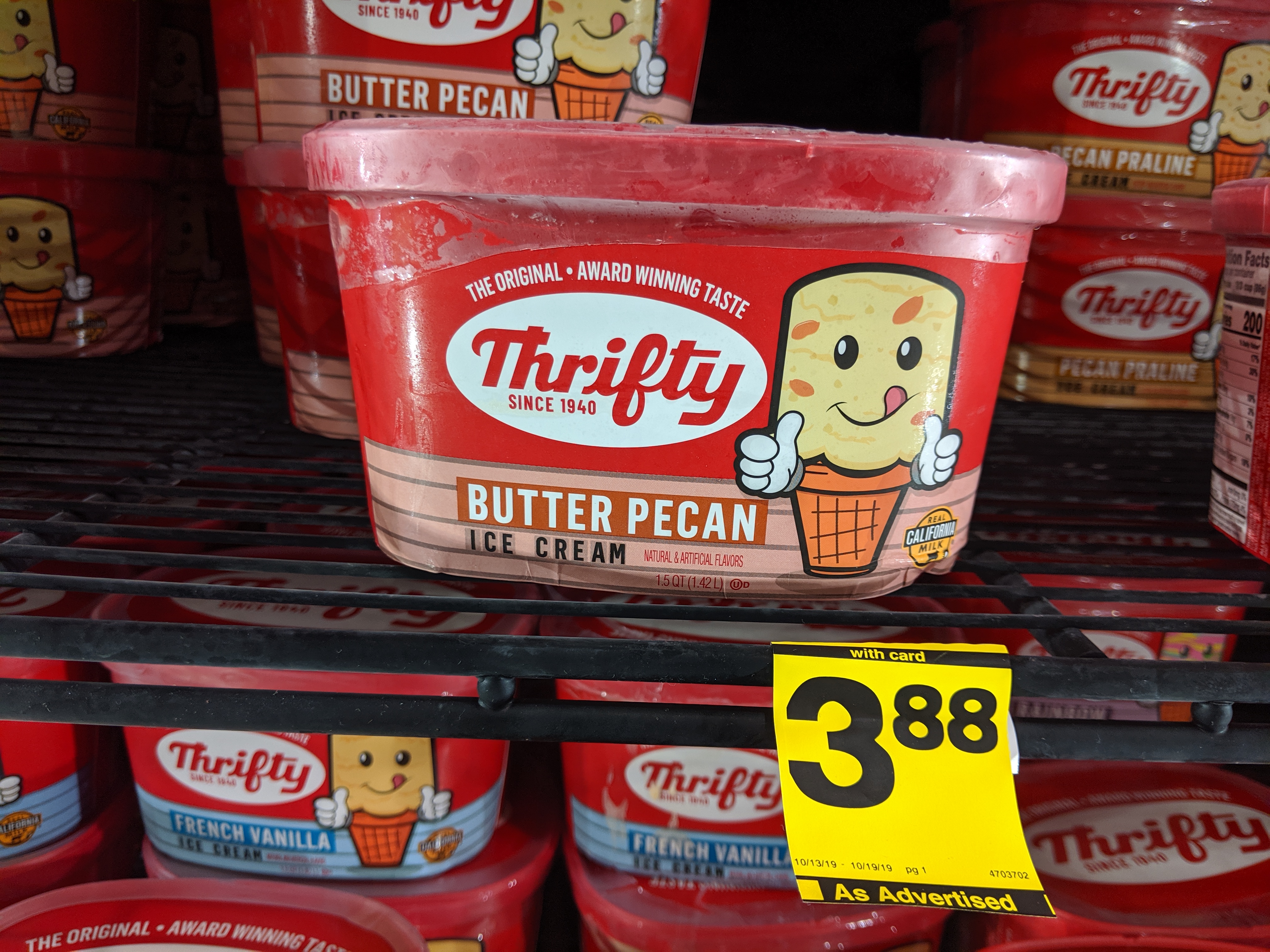 So, after reading this, I looked at overpriced eBay listings, and thought I might find one around here (San Francisco Bay Area). "Maybe they're just sold out in L.A.," I naively thought. So, I went to a Rite-Aid in San Leandro, one with an ice cream counter, and inquired about the scoop. The clerk told me that they only got six in last week and those sold out "real fast." Store management tried to order more but were told they were sold out, that the "warehouse was empty." I was also informed that they've been trying to make them for a long time but it was too cost prohibitive before now. My informant hadn't been aware that the scoops were a "thing" or that they were being sold in secondary markets.

Folks, THIS is what the elusive Thrifty ice cream scoop looks like:

*Rite-Aid bought Thrifty but kept the old name on its ice cream.