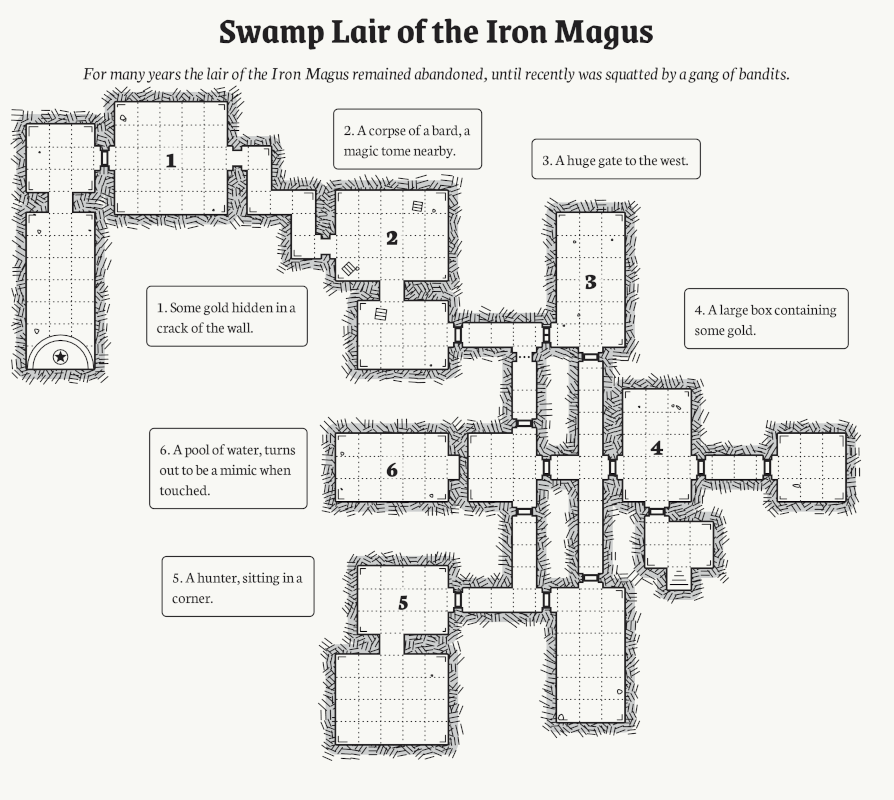 Oleg Dolya (last seen here for his amazing procedural medieval city-map generator) is back with a wonderful procedural one-page dungeon generator that produces detailed, surprisingly coherent quickie dungeons for your RPG runs (it's an entry in the monthly challenge from /r/procedural generation).